Several weeks ago, I was speaking to a friend who works for a Jewish publication, about the slow but inexorable passing of the World War II generation, and how day by day, week by week, memory is slipping into history. He works with several organizations that collect and preserve the testimonies of Holocaust survivors, and a phrase that he used struck me: “We’re preparing for the post-survivor era.” The post-survivor era. Nearly everyone who survived one of the most hellish episodes in recorded human history is gone, and with them our opportunity to meet people who experienced these things first-hand and can testify to the inhumanity of what was done by showing us their humanity—the grief in their voices, the tears in their eyes, the numbered tattoos on their wrinkled arms. My daughter, for example, will probably never meet a Holocaust survivor.

It will be up to all of us, in the coming years, to ensure that the memory of the murdered millions lives eternal. It is physical objects, my friend told me, that most effectively convey this history to young people, and as such many museums are working to facilitate these types of experiences, these interactions with silent witnesses. Marina Amaral, a digital colourist who makes black-and-white photos come alive (her book The Color of Time is simply staggering) has been working with the Auschwitz Museum to colorize thousands of photographs of victims in a project called Faces of Auschwitz. The faces of men, women, and children—often gaunt and battered, with tufts of hair askew from bad haircuts and eyes that are alternatively defiant, despairing, or somewhere in between—stare out from the photographs, demanding that we remember.

But the photograph that nearly reduced me to tears recently is one taken around May 1944 by the SS. It is a photo of a group of Hungarian Jews, standing and sitting in a little cluster near Auschwitz II-Birkenau’s gas chamber IV. There are close to forty people on the photograph, most of them women and children. One little boy appears to be looking directly at the SS photographer, coolly documenting the existence of people whose fate has already been sealed. As I examined the photo carefully, looking from face to face, an awful realization dawned on me: These people were waiting their turn. Not all of them would have known it—the children were certainly unaware of what gas chambers were, and that they had been built to kill Jews. Most of them probably did not even understand what a Jew was. But perhaps some of them knew that the end was racing towards them.

In the bottom-right corner of the frame, a fat little girl wearing a patterned headscarf is clutched by her mother, while standing above them is a young boy in a cap and a jacket several sizes too large, his face constricted with fear or worry. Around a dozen women sit on the grass, many of them holding babies or small children. And it is in the centre of the frame that you find a scene so ordinary and so sweet that for a brief moment you forget that this is all happening in Auschwitz: A little child is stretching out his hand towards a slightly older boy, clutching a flower that he has just found. The boy, wearing a cap and a Jewish star sewn onto his jacket, is regarding the child and the flower with an inscrutable expression, while a middle-aged woman looks at him with a sad grimace. It is a perfect moment of childish innocence framed by unfathomable evil, and to gaze at it is to be clouded with tears of rage. 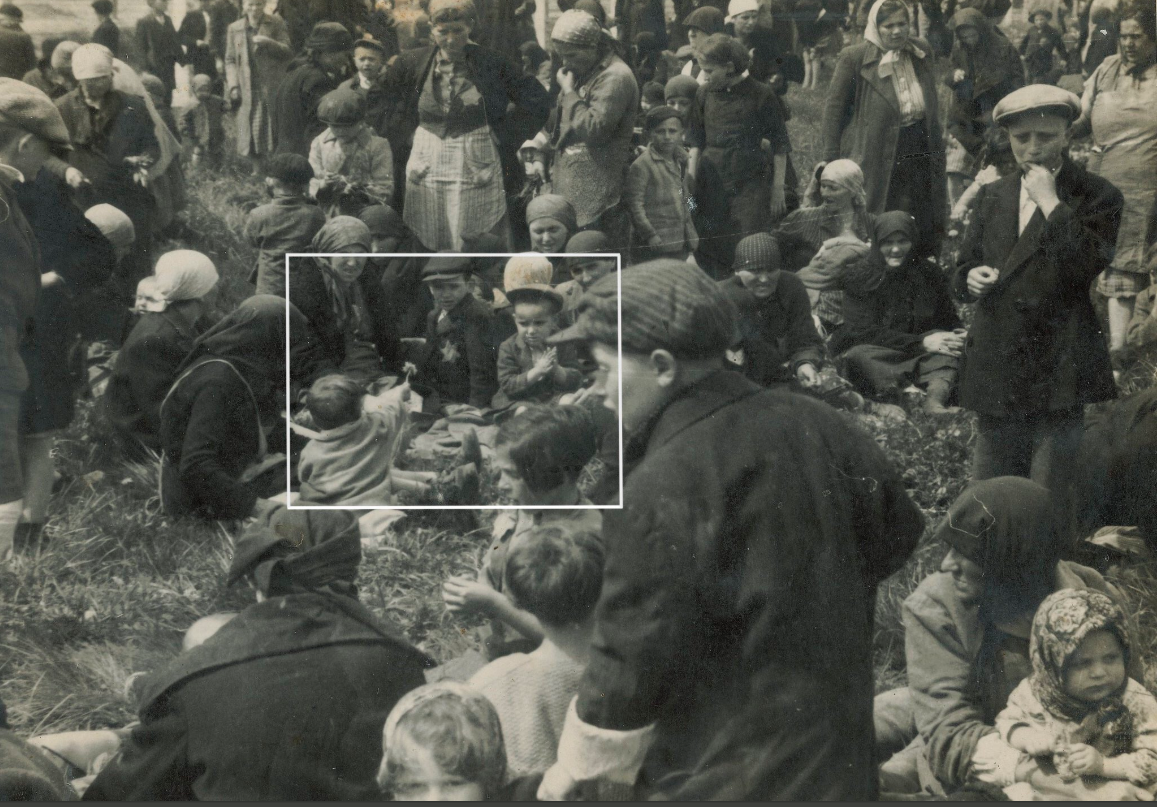 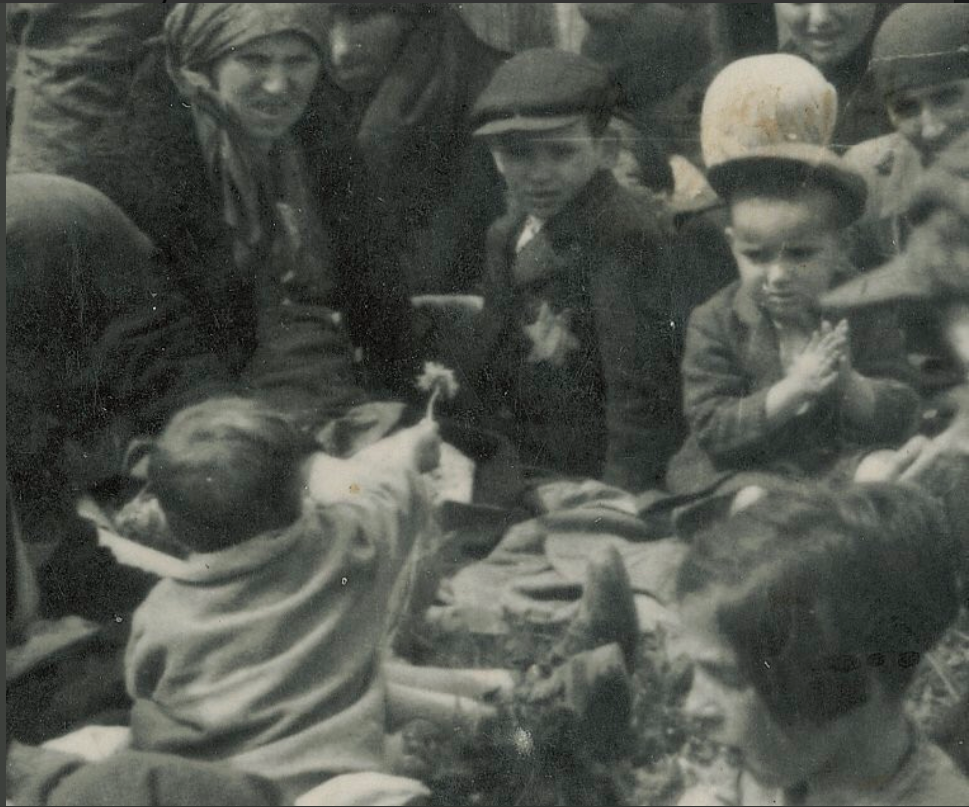 Just moments later, everyone in the photograph was gassed. The fat little girl, the mother holding her, the worried boy in the cap, the middle-aged mothers, the young women and the small children—and the little boy who had just tried to give a flower to another child. I wonder if he kept on clutching the flower, or if he dropped it as he walked into the gas chamber. Perhaps his mother carried him, and let him keep it because she didn’t want to take it away from him or didn’t notice that he was holding it. Or maybe, as the dogs snarled and the Nazi beasts barked and the terrified children of Israel were herded towards their death, it simply fell and was trampled, a tiny crushed reminder of God-made beauty in a man-made hell where the demons were men and the victims were innocent. We don’t know who the Boy with the Flower was. We just know that we must not forget him.

Nor can we forget Vilma Grunwald, who was gassed in the same camp with her crippled son and hundreds of others two months later. Vilma’s husband, Kurt, was a licensed physician also imprisoned in the camp, treating prisoners so that they could continue to work for the Nazi war machine. Moments before the black-haired woman entered the gas chamber on July 11, 1944, she hastily wrote ten sentences on a piece of paper, folded it, and scribbled the name “Dr. Grunwald F. Lager” on the front. She pressed the note into the hand of a German guard and begged him to take it to her husband. Then she entered the gas chamber with her son, and they died together. In what Holocaust scholars consider a miracle, the guard delivered the note to her husband, making it perhaps the only document of its kind. Vilma’s last few words were treasured by her family for their entire lives, and the letter was recently donated by her surviving son Frank to the Holocaust Memorial Museum in Washington, DC:

You, my only one, dearest, in isolation we are waiting for darkness. We considered the possibility of hiding but decided not to do it since we felt it would be hopeless. The famous trucks are already here and we are waiting for it to begin. I am completely calm. You — my only and dearest one, do not blame yourself for what happened, it was our destiny. We did what we could. Stay healthy and remember my words that time will heal — if not completely — then — at least partially. Take care of the little golden boy and don’t spoil him too much with your love. Both of you — stay healthy, my dear ones. I will be thinking of you and Misa. Have a fabulous life, we must board the trucks.

These brief glimpses into those final moments of the missing multitudes are painfully precious and it is essential that we share them with our children and our children’s children so they know what happened, and how it happened, and who it happened to. When the last survivor leaves us, the torch will be ours to carry for those who were murdered by men and women infused with a lethal anti-Semitism, that Hydra of a thousand faces that cannot be beheaded without spawning a cruel head anew. For as Auschwitz survivor Primo Levi wrote in his poem-prayer Shema:

You who live safe
In your warm houses,
You who find warm food
And friendly faces when you return home.
Consider if this is a man
Who works in mud,
Who knows no peace,
Who fights for a crust of bread,
Who dies by a yes or no.
Consider if this is a woman
Without hair, without name,
Without the strength to remember,
Empty are her eyes, cold her womb,
Like a frog in winter.
Never forget that this has happened.
Remember these words.
Engrave them in your hearts,
When at home or in the street,
When lying down, when getting up.
Repeat them to your children.
Or may your houses be destroyed,
May illness strike you down,
May your offspring turn their faces from you. 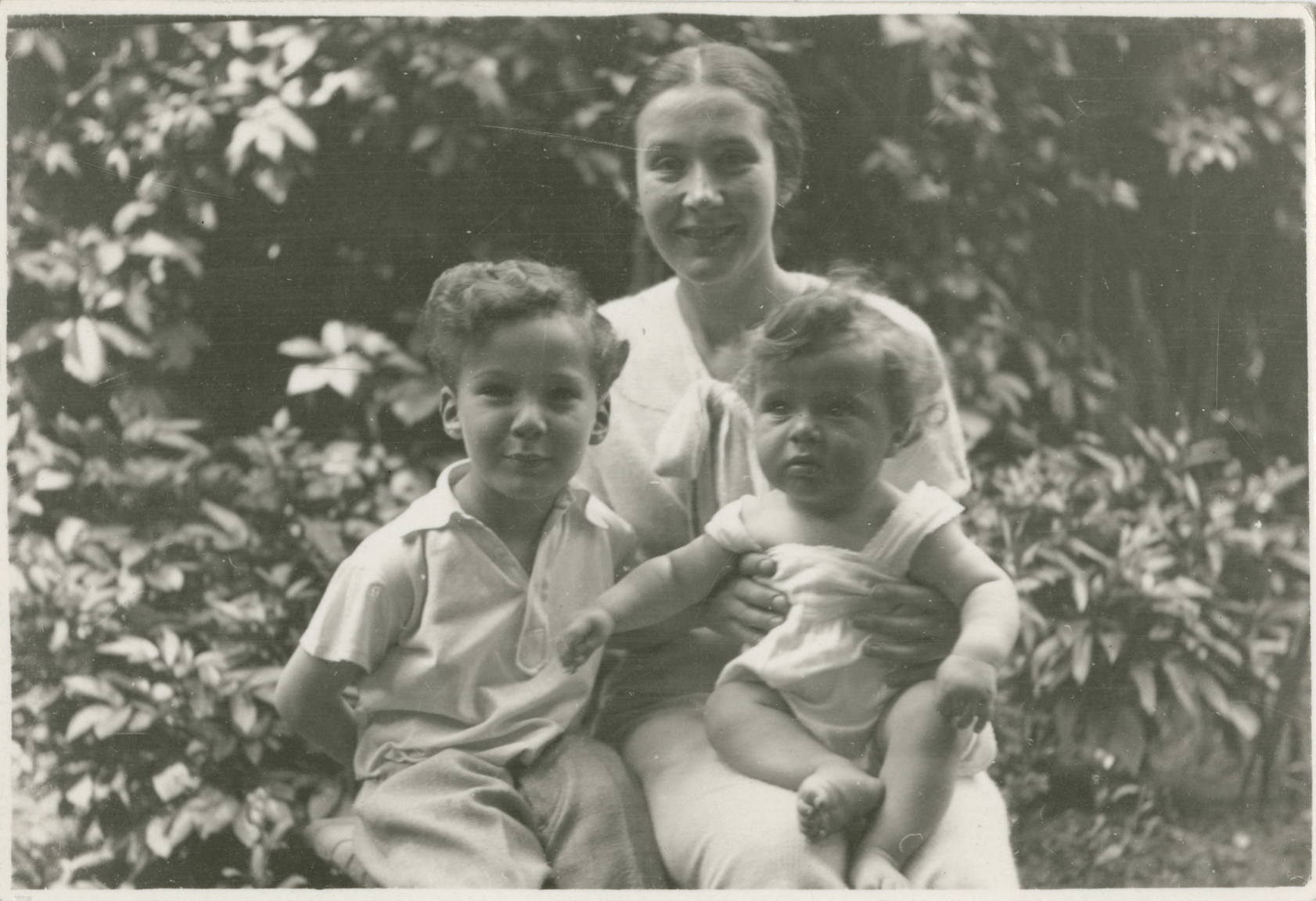