Over the past decade or so, the Canadian government has increasingly imposed the woke standards of progressive radicals on the various wings of the military. As I noted back in 2016 after a member of the Canadian navy leaked his mandatory diversity training curriculum to me, men and women who signed up to serve are being forced to endure presentations on transphobia and other recently-invented transgressions. Another naval officer privately told me that he’d narrowly avoided being forced to hoist the Pride flag. Acceptance of the tenets of the Sexual Revolution is becoming part of the package if you want to serve in Canada’s military.

So I wasn’t too surprised at the contents of a secret presentation authored by Canada’s Armed Forces Counter Intelligence Unit, leaked to and published by The Rebel. The PowerPoint details various groups that the Canadian Forces considers to be “right-wing extremists”—and right along with the KKK, neo-Nazis, and a range of white supremacist groups (which the presentation admits are in extremely short supply in Canada), pro-life Canadians are listed. Specifically, pro-lifers are listed as part of the “Right Wing Extremist Landscape and Ideologies” in the same category as anti-Semitism, anti-Indigenous sentiment, conspiracy theorists, and anti-LGBTQ2 sentiment. So apparently believing that human life in the womb is precious and worth protecting is a belief that the top brass over at the Canadian Forces believes to be equivalent to racism and prejudice.

I’ve been working in the Canadian pro-life movement for a decade now, and that assertion could not possibly more ludicrous. In fact, a good case could be made that those who support Canada’s current abortion regime—which permits abortion until the baby has fully exited the birth canal—are the real extremists. Just take a look at a sonogram, and ask yourself how many lies you have to believe to think that dismembering that child is a good and ethical thing to do. But according to the Counter Intelligence Unit, myself and my colleagues are apparently “right-wing extremists.” It’s quite something to think that in America, the president of the United States attends the March for Life. In Canada, the military labels those who believe human life should be protected in all its forms are “right-wing extremists” and should be lumped in with those who hold a host of heinous views.

Here’s a few of the slides from the presentation: 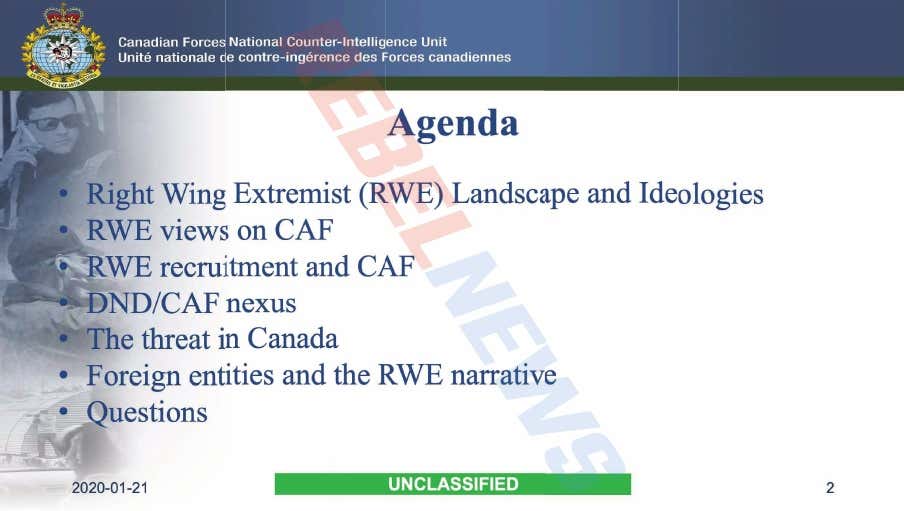 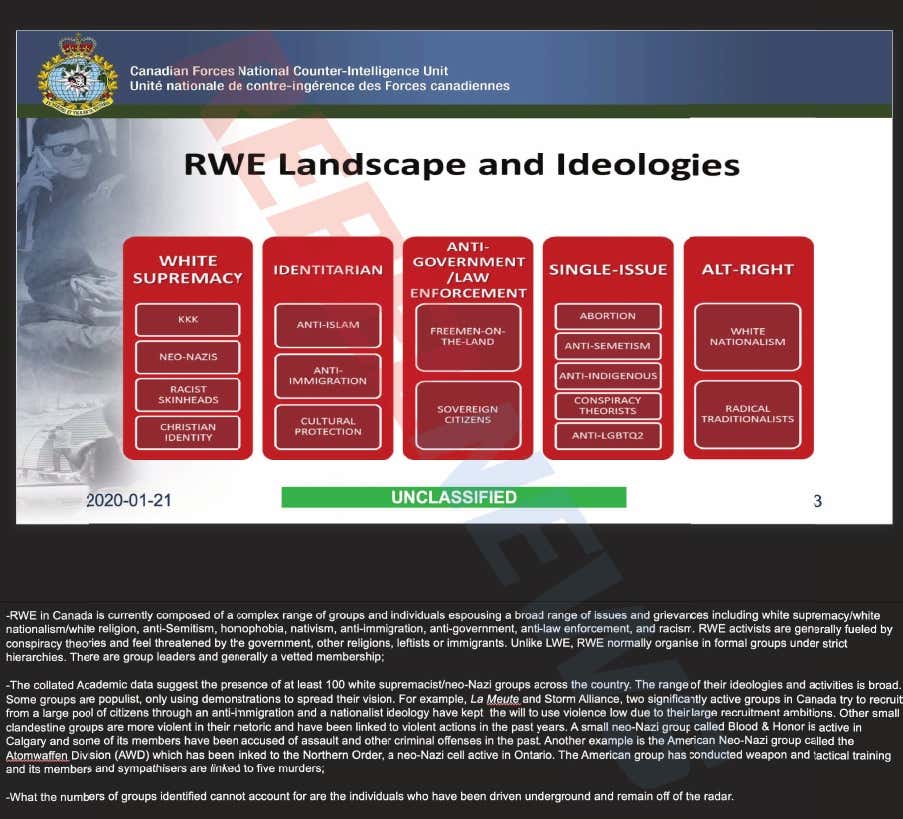 One thought on “According to the Canadian Forces, pro-lifers are “right-wing extremists””