This is a really important story that is getting lost in the noise of the nonstop pandemic news. You’ll recall that after the baby body parts scandal broke in 2015, Planned Parenthood officials and abortion activists came out and claimed (as they always do) that the videos did not show anybody saying what it obviously showed them saying, and that the videos were–and this is their favorite phrase–“deceptively edited.” Keep in mind here that they were unable to deny the fact that Planned Parenthood employees did, in fact, discuss how “crushing” a baby above and below helped to preserve organs they wished to retrieve once the baby was dead–they simply said that they hadn’t made any profit from the organ harvesting. These profiteers of death and human misery believe that as long as they persuade us all that they didn’t make a killing, we’ll forget about all the killing they’re doing.

The media, of course, has obediently aired Planned Parenthood’s denials as facts, and the subsequent trials and legal persecution of David Daleiden and the Center for Medical Progress team have gone virtually unremarked on. For example, the media ignored revelations that Planned Parenthood was forced to reveal the fact that hearts generally have to be harvested from living babies. The old media practice–“if it bleeds, it leads”–only applies if the victims are not pre-born children. These brutalities, which are a matter of public record, have been almost entirely ignored by the media, with the exception of a handful of conservative outlets.

Consider these latest revelations, from The Federalist:

When senior Planned Parenthood officials were caught on tape in 2015 by the Center for Medical Progress (CMP) discussing the illegal trafficking of aborted baby body parts, Planned Parenthood denied the allegations, claiming they were only reimbursed for the “cost to transport tissue.” Now, newly unsealed invoices confirm Planned Parenthood Mar Monte charged the tissue procurement company StemExpress $55 per “usable” organ — not for transport fees.

In an attempt to tamp down the news of their organ sales in 2015, Planned Parenthood admitted they were being paid by a tissue procurement company when they announced they would immediately stop accepting “reimbursements.” Then-Planned Parenthood president Cecile Richards said the decision, “removes beyond the shadow of a doubt the ludicrous idea that Planned Parenthood has any financial interest in fetal tissue donation – and shows the real agenda behind these attacks.”

The invoices and the contract now confirm that their charges were not reimbursements because Planned Parenthood only received payment if the tissue was “usable.” Not only is the word “reimbursement” not found in the contract, but the invoices did not bill reimbursements for any other supplies or services that may have been used to procure tissue deemed unusable.

“Planned Parenthood’s contracts and invoices are proof positive that their payments were tied solely to the marketability of aborted baby body parts,” Daleiden said in response to the unredacted invoices being unsealed.

The September invoices were published as part of the House committee’s investigation in 2016, but the name and addresses of StemExpress and Planned Parenthood Mar Monte were all redacted. The invoices were ordered to be unsealed without redactions by Judge William Orrick, who is presiding over Planned Parenthood’s lawsuit against Daleiden in California.

A StemExpress brochure distributed to Planned Parenthood clinics advertised “financial profits” and their “fiscally” rewarding services to clinics who participated in providing tissue for research.

The NIH Revitalization Act of 1993 is a federal law that prohibits the acquisition, reception, or transfer of fetal tissue for monetary considerations.

“Tying payments to marketable body parts in a quid pro quo is exactly the kind of criminal ‘valuable consideration’ that federal law forbids,” Daleiden said. “The Department of Justice forcefully prosecutes parties who sell endangered animal body parts for far less than the amount of money reflected in these invoices. When abortion businesses can make $25,000 a quarter selling baby body parts, it is long past time for the Department of Justice to do its job and hold them accountable.”

In Novemeber, a federal jury in San Francisco ruled that Daleiden’s undercover exposes of Planned Parenthood’s body part trafficking broke state and federal laws, awarding Planned Parenthood $2 million in damages. Daleiden said the lawsuit is in post-trial and expected to reverse on appeal in late summer or the end of this year. 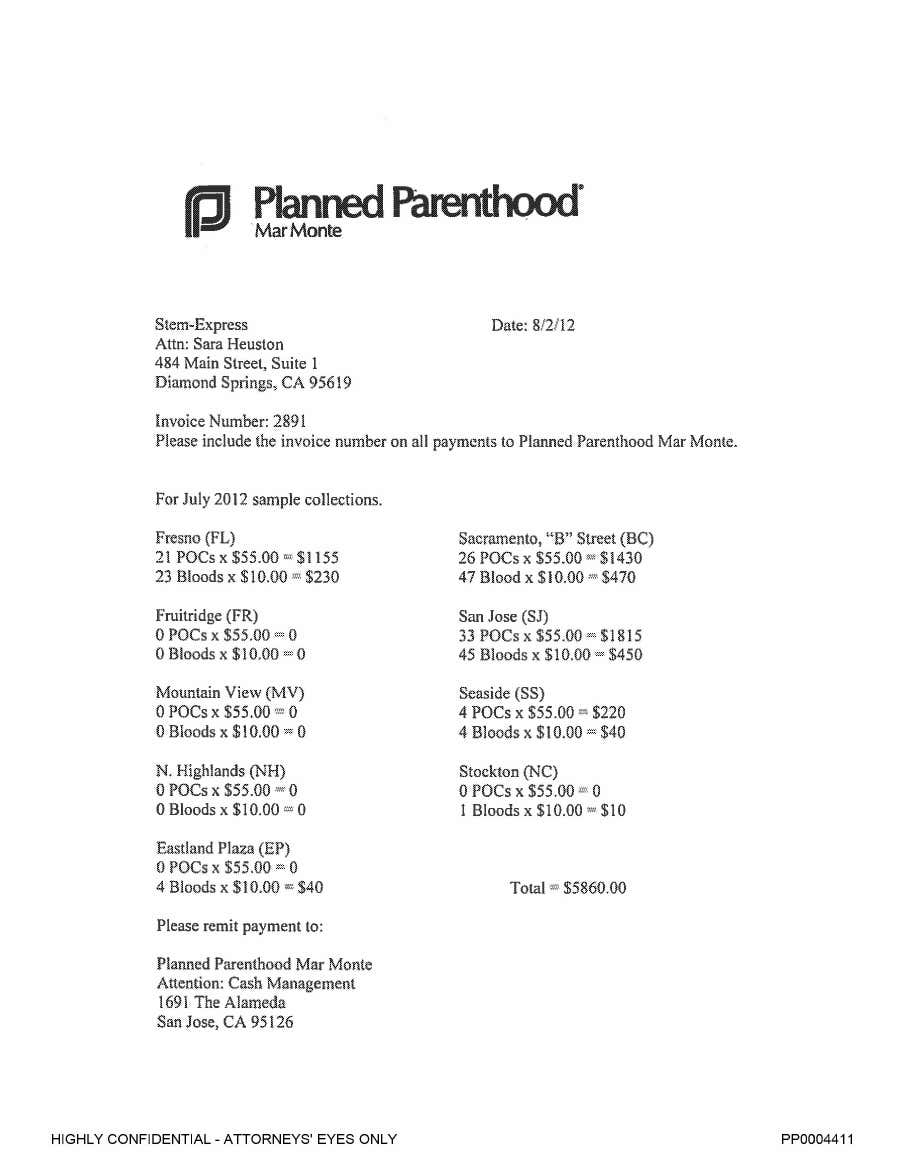 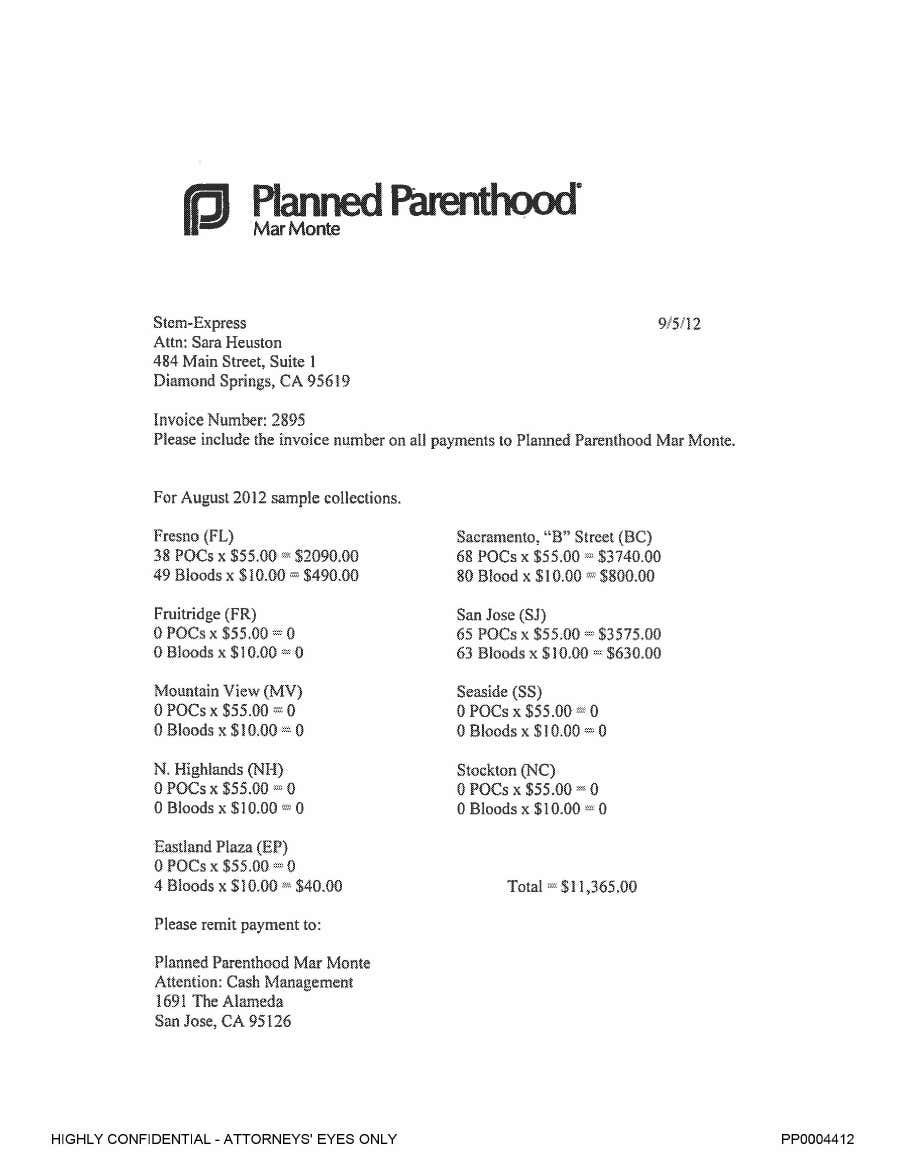 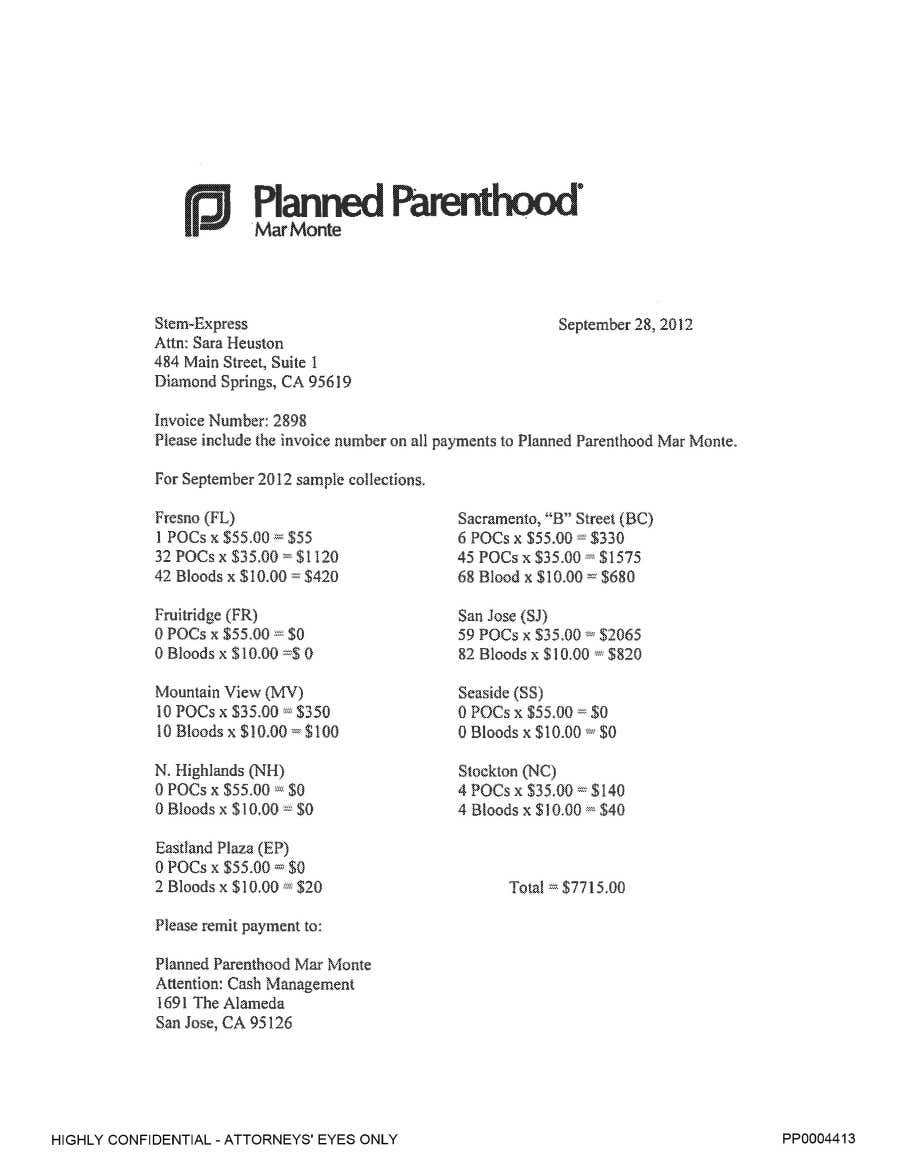