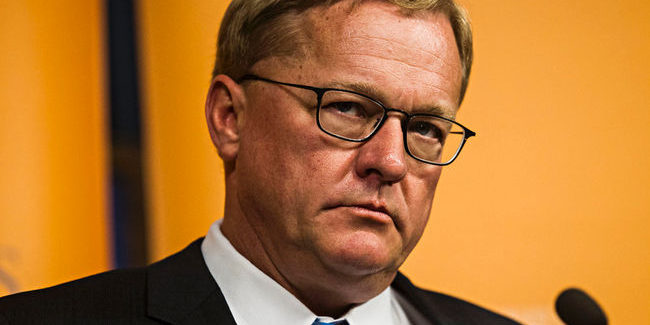 We’ve all known it for a long time, even though progressive politicians have insidiously denied it: Their true purpose in implementing “modern” sex education curriculum in schools across Canada is to ensure that those children who enter school still holding the traditional beliefs of their parents—Muslim, Sikh, or Christian, for example—will not graduate still holding those beliefs. The politicians in Ontario, Alberta, and British Columbia have been very careful not to say that their intention is to make it illegal to teach the Judeo-Christian view of sexuality to children, but it has become fairly obvious that this is their end game. Alberta Premier Rachel Notley claimed that parents knowing what their children were up to at school would be “super-cruel,” for example, while Education Minister David Eggen has made it a nearly weekly practice to attack Christian parents as bigots.

And now, it turns out, Eggen has let the mask slip, announcing that the sex education curriculum of the Catholic schools was unacceptable—because it was Catholic:

Education Minister David Eggen is slamming the curriculum submitted by Alberta Catholic schools aimed at incorporating church teachings into sexual education in the classroom. The document, submitted by the Council of Catholic School Superintendents of Alberta, states that, according to the Catholic faith, same-sex sexual relations are “not part of God’s natural order.” Gender and gender identity are always linked to one’s sex at birth, it says.

“The document in question is unacceptable,” wrote Eggen, in an emailed statement, declining an interview with CBC News. “We approach all conversations about how to improve our curriculum in good faith, but this submission was never given serious consideration and no funding was provided in response.”

His response contrasts sharply with the interpretation of those discussions by Karl Germann, president of the Council of Catholic School Superintendents of Alberta.

“They say there will be no issues or concerns with what we want to teach inside the provincial curriculum,” said Germann Monday, acknowledging a request for funding was not approved. “We want to make sure that we can incorporate the Catholic perspective and they’re OK with that.”

The council’s submission highlights “key messages” from a Catholic perspective around sexuality, including same-sex relationships and gender identity.It emphasizes that Catholic schools are committed to having caring, safe environments and “people who experience same-sex attraction are very welcome in our Church, equally respected and [loved].”

But the document also identifies several potential “problematic” areas where the curriculum could clash against church doctrine. “We would be unable to teach any outcome requiring the promotion of homosexual relationships and/or lifestyles that are contrary to Church teaching,” it says. “If the curriculum stipulates that we have to teach about ‘gender’ or ‘gender identity’ as disassociated from biological sex, then that would be problematic.”

Germann said the aim is not to try to “change the individual.” But it’s important to offer the Catholic perspective, in addition to teaching curriculum required by the province.” The more you understand perspectives from a variety of faiths and a variety of perspectives the better kids are to make their own decisions,” he said, adding school officials will meet with the department Friday.

But loving people regardless of who they are attracted to is not what Eggen and the progressive crowd care about. They want to force everyone to support every type of sexual relationship, regardless of whether the community or the parents believe that type of sexual relationship to be a healthy or a moral one. Eggen, of course, has his own morality, and believes Christian sexual teaching to be immoral. The standoff has begun: The NDP government versus Catholic parents and, inevitably, all Christian parents:

The skirmish is the latest in an ongoing battle pitting LGBTQ advocates against social conservatives who argue it comes at a cost to religious and parental rights. The two sides have clashed over gay-straight alliances, which are now legally mandated but still meeting resistance; the use of washrooms for transgender students; and sex ed, forcing Eggen to once again provide assurances.

“I’m deeply concerned to see it suggested that providing Alberta students with accurate information on these important topics is “problematic” or that there’s something wrong with being gay,” he wrote. “I can assure Albertans that, under our government, any curriculum changes will be inclusive of all students — no matter their gender identity or sexual orientation.”

Last year the province launched a controversial review to overhaul the provincial curriculum. Critics such as UCP leadership candidate Jason Kenney have accused the NDP government of rewriting the curriculum in secret to force its ideology on students.

“I think it’s extremely important that we have sexual health classes that are based in fact and real-life knowledge,” said Kristin Heimbecker, a parent who lost her bid to represent Ward 77 as a Catholic school trustee in Edmonton’s recent election. “We’re doing a disservice to our students and really putting public health at risk by not equipping these students with the knowledge that public school children have.”

But Donna Trimble, executive director of Parents For Choice in Education, said “sexual ethics differ amongst our diverse population” and sexual education must respect those differences. She said the rights of parents to choose an authentic Catholic education for their children must be protected.

“Genuine diversity in schools is undermined when a government exploits mandated curriculum to impose a singular perspective on sexuality on all Alberta students,” said Trimble.

The progressive activists, of course, are not worried about whether or not children who attend Christian school have the same information as children who attend public school—they are worried that Christian kids might not have the same perspective. Canada is a multicultural society, and many of the cultures contained within it have very conservative views when it comes to sexuality (which is why gay pride parades are predominantly white celebrations). Canada’s progressive politicians must ensure that systems are in place to turn the children of religious communities from around the world into postmodern relativists. That’s what ensures that Canada will change immigrants rather than the other way around, and that’s what ensures votes for progressive politicians.

Education Minister David Eggen has now put tens of thousands of parents on notice: Only his view of sexuality is acceptable to be taught to your children, and if you decide to hold true to your own beliefs, he’ll be coming for your school.