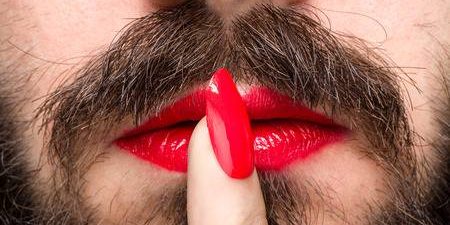 November 12, 2018 (LifeSiteNews) – Back in May, I wrote about the biological man claiming to be a woman who has sued a spa in Windsor after a female employee declined to service him following his request for a Brazilian wax. The “transgender woman” was furious, claiming that his genitals are irrelevant to his gender, and that this Muslim woman should have absolutely no problem handling his penis, seeing that in his point of view, it was a female penis.

Then in August, another fellow got in on the game. A transgender “woman” began calling spas in British Columbia, asking that they give him a “Manzillian” wax, and then taking careful note of those who refused. He then filed 16 human rights complaints against sixteen women who refused to handle his penis, claiming that he had been discriminated against. In fact, he claimed that having these women refuse to wax his genitals “really got to me…it hurts.”

Identifying himself only as J.Y., the claims of discrimination and bullying are ironic considering what this fellow is doing to actual women. One of the estheticians, a single mom who works out of her home, already paid J.Y. $2,500 to withdraw his complaint so she could simply get on with her life. Two and a half grand, it turns out, is the amount of money that a single mom, seeing her livelihood threatened, has to pay to a man for not touching his genitals.

It gets worse. According to John Carpay of the Justice Centre for Constitutional Freedoms, many lawyers are terrified to touch transgender discrimination cases for fear of being accused of transphobia, thus making it very difficult for the women being targeted to find any legal representation and increasing the temptation to simply settle. To fight these attack to the hearing stage, Carpay noted, would cost each of these women over $20,000.

In fact, Carpay noted that one of the women that JCCF is now representing “had been turned down by 26 different lawyers and law firms. All of which cited lack of expertise in human rights proceedings, or fear of offending the transgender lobby, or both.” He has publicly stated that JCCF will represent the other women without charge, as well, but thus far the Human Rights Tribunal has refused to inform them of this fact. As always, with the human rights complaints it is the process that is the punishment.

A biological male taking women to court for refusing to touch his penis on the grounds that this is discrimination against trans women is some serious next-level gaslighting. It is difficult to fully discern J.Y.’s intent in this specific case—it could be money, since he stands to make a nice chunk of cash if he is to win his cases, or simply attempting to use the force of the state to bludgeon biological women into accepting him as a “woman” and forcing them to agree that his genitals are female genitals, regardless of the fact that they quite literally are not.

It is genuinely surprising that there is not more outrage over this. I understand that many people have shifted into a “live and let live” mode simply due to the fact that they can’t keep up with the ever-evolving acronyms of new genders and fluid sexualities, but the idea that a person with a penis could actually force women to pay him money for refusing to handle it seems grotesque, insane, and vicious beyond measure. Surely a plurality of Canadians finds this behavior repulsive—and surely they would be willing to stand up for these bullied women.