Rachel Notley’s legacy is one of division, prejudice, and demonization 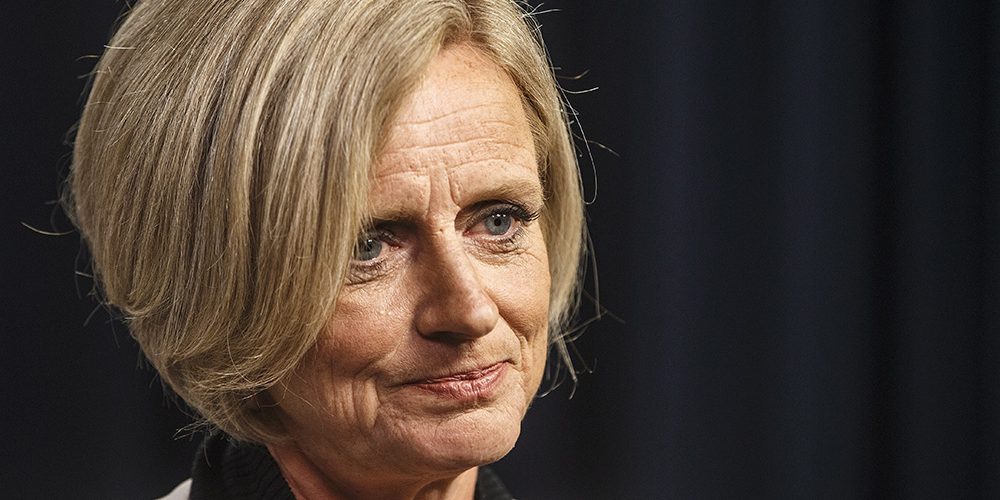 Peter Bowal, a law professor at the University of Calgary, has a phenomenal column in the Calgary Herald this week, delivering a much-needed autopsy on the cooling corpse of Rachel Notley’s NDP government. Notley, he points out, was precisely the opposite of what she claimed: She was narrow-minded, prejudiced against many Albertans of faith, attacked religious schools for declining to teach her values to their children, and finished off her squalid tenure with a smear campaign designed to demonize people for political profit. Bowal nails it—read the whole column:

To partisan applause, Notley declared, “We have fundamentally changed the politics of this province forever!” How so? Forever is a long time. Fundamental is significant. Good change or bad change? What change were her supporters applauding anyway?

Notley did change politics in one way. She escalated the vilification of those who disagree with her social views to shocking new heights.

Many Albertans are people with more faith in God than in human government. They respect and obey human government but they answer to a higher power. As such, they disagree with Notley’s party on issues like abortion, LGBTQ and the education of their children. Social conservatives should be free to offer themselves as candidates in elections and to be heard just as much as progressives in the democratic enterprise. So why the ugly personal abasement of her political opponents and demands that they be banished from public life?

Albertans who disagree with Notley on social issues do not want a premier who persists in demonizing them, calling them dangerous extremists and bigots. She is not morally superior to them. Name-calling and public shaming will not change their views. Ever. She seized the bullhorn of public office to stoke fear and portray religious social conservatives as despicable, sub-human, knuckle-dragging monsters. This will not change their beliefs or silence them.

However strenuously she anathematizes, belittles, slanders and maligns them, social conservatives in Alberta also have a right to run in elections, to speak and to hold their deeply held convictions, as Notley does. ­­They can keep their jobs and be political candidates even if their religion is not compatible with hers.

Religiously devoted social conservatives see NDP policies as rather extreme and dangerous too. But they do not demand Notley’s exclusion. They are more tolerant than the NDP who claim to be inclusive.

NDP, spare us your practice of hunting down and denouncing Christians for their biblical beliefs you abhor. Spare us your censorious wrath.

Notley said, “Today in Alberta, it doesn’t matter, and it should not matter, to whom you pray.” That is not what she believes. Only her God has the definitive voice on social issues. Albertans following other Gods or their own consciences are denigrated and scandalized. Going forward, we will need to count the spoons.

Otherwise, Notley “has fundamentally changed the politics of this province.” She has made it more divisive, more nasty and far more personal. She has unleashed more intolerance than she claims to loathe in others. She preaches inclusion but is the first to exclude. She turbo-charges identity division. The NDP’s personal condemnation of social conservatives for their religious convictions is her fundamental change of Alberta politics.

And hopefully, an unfortunate historical blip in Albertan history.