After nearly a decade of conflict, most in the West have tuned out news of the civil war in Syria. There have been squabbles about whether intervention is wise, with strategists of different schools fighting for Donald Trump’s attention, controversies over whether Bashar al-Assad used chemical weapons on his own people, and a general sense of fatigue at the very prospect of another Middle Eastern adventure. After Afghanistan, Iraq, Libya, and the Arab Spring, the Syrians seem to have picked the wrong time for a revolution. Nobody in the West is interested in backing freedom fighters anymore. Most are certain that we cannot determine who, exactly, those would be in the first place.

The Syrian revolution began in March 2011, after pro-democracy demonstrations began in the city of Deraa after decades of corruption, high unemployment, and a suffocating lack of freedom. Mindful of the Arab Spring toppling leaders elsewhere, the government responded with a deadly crackdown. This triggered opposition forces around the country to take up arms, call for Assad’s resignation, and push security forces out of their areas. Violence escalated, and Assad vowed to crush what he referred to as “terrorism.” The ensuing war would trigger a refugee crisis in Europe, level ancient Christian communities where the language of Christ was still spoken, displace more than 6 million people, and result in at least 400,000 casualties in the first five years. Hundreds of medical facilities have been attacked and hundreds of medical personnel killed.

Syria has become a battleground for nations and groups with differing agendas, making the conflict impossibly complex. Russia is using her Syrian military bases to back Assad, and Iran is believed to be assisting the dictator, as well. Jihadists groups such as al-Quaeda and the Islamic State have taken advantage of the chaos to reassert themselves, while thousands of Shia militia men hailing from Hezbollah in Lebanon but also from Yemen, Afghanistan, and Iraq have joined Assad’s security forces. Western nations such as the UK, the US, and France, which were once supporting rebel groups they considered moderate, have pulled back to focus on humanitarian aid since jihadists have become the dominant force in many areas. Israel is concerned about Iran’s increasing foothold in Syrian and has launched airstrikes on Iranian weapons shipments to Hezbollah.

With the Syrian refugee crisis in Europe finally ceasing to dominate headlines, it is easy to forget the ongoing misery of the Syrian people. Much of Syria’s rich cultural heritage has been devastated, with all six of the nation’s six UNESCO World Heritage sites being damaged. Healthcare is limited and difficult to access, with most groups barring humanitarian agencies from coming in to address the shortage. Neighborhoods have been leveled everywhere. Hospitals have been bombed. Millions of people live inside a civil war. And one of the most powerful documentaries I have ever seen, the 2019 Oscar-nominated For Sama, tells the story of a few of those people.

For Sama is a love letter from a young Syrian mother Waad al-Kateab to her daughter. With footage she shot herself, al-Kateab tells the story of the five years from the uprising in Aleppo to her eventual escape with her husband (first to Germany, and then the U.K) in 2016. The film unfolds like rising flames, and al-Kateab captures the laughter, the brutal losses, and the day-by-day slog for survival of those who live in Aleppo as block by block, barrel bomb by barrel bomb, the once-magnificent city—their home—is reduced to rubble. Against this apocalyptic backdrop, al-Kateab falls in love with Hamza, a doctor, sets up a home with him (and is particularly proud of the flowers in their little courtyard), and gives birth to a daughter, the beautiful Sama. Set in the centre of this inferno, the mundane seems miraculous.

The scenes in this film bring home the reality of war from a civilian’s perspective like none I have ever seen. We see al-Kateab try to put her daughter—the same age as my own—to sleep as shells blow up nearby. We see bombs hit and buildings shudder and the young mother clutching her daughter while the lights flicker—but the little girl no longer even starts or cries at the explosions. This is her normal, like the sound of the rooster three doors down is for my daughter. Even when fear overwhelms the adults, the little girl seems to take it in stride. Al-Kateab chats to her little girl like all parents do, but civil war banter is surreal: “Lots of airstrikes today, but they didn’t hit us. Yay!” A smile from Sama. Al-Kateab worries about formula and baby food running out; children use a bombed-out bus as a playground; a shell strikes the hospital where the family lives, and as smoke and dust races through the hallways, the mother calls through the darkness: “Who’s got Sama?”

I spoke to Waad al-Kateab a few months ago to ask her about her experience. “Before the revolution started,” she told me, “I was just a normal student who wanted to finish my university and to leave Syria and find my life outside. There was no dream for us in Syria. If you want to work in media, it is all controlled by the regime. If you want to be a teacher, everything you teach your students is written by them. If you are a doctor, there are certain rules. Anything you wanted has been corrupted. Anyone on the street can arrest you and beat you up in front of everyone, regardless of what you were doing.” 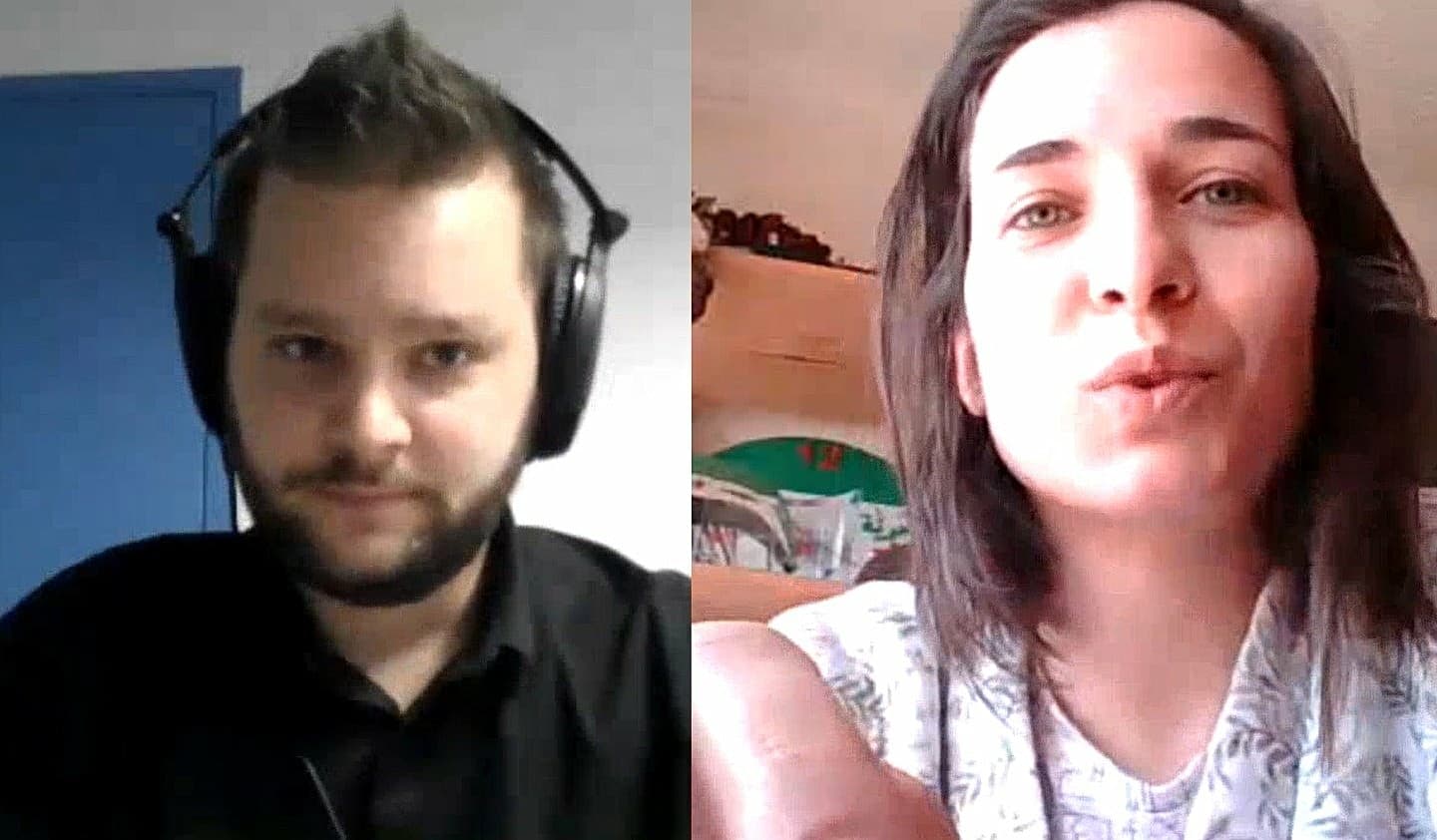 The arbitrary violence of totalitarianism is omnipresent, and one of the first scenes in the film shows the results of a massacre in east Aleppo. The bodies of butchered civilians, apparently opponents of the regime, had been pulled out of the river and lay in rows. Many of the dead were still handcuffs. Al-Kateab recorded as shrouded bodies were tossed into a mass grave as the gathered crowd began to sing in defiance. Rage and grief bubbled below the surface.

Most searing were the scenes of parents grieving their children. One mother arrived at the hospital, hunting for her son Mohammed. She found only his body and became hysterical, howling with grief: “It’s Mummy, I’ve got your milk, wake up!” We see a boy break down as he realizes that his little brother is dead. We see a mother carry her dead son off, refusing any help, insisting she will carry him herself—it is the last thing she can do. The misery seems relentless at times, and when I asked al-Kateab if she watches herself in the film and sees someone else, she shook her head. “I feel like I am there now.” The film shows her meeting Sama for the first time after her daughter was born and dissolving into tears. It was because she realized that she had brought this beautiful little girl into a brutal hellscape, where familiar things and friends were flattened by airstrikes and life hung by a thread.

But it was Sama, she told me, that helped her and Hamza forget all of that. When they talked to her, they could get lost in her beautiful face. When they played with her, they could forget everything but the moment, drawn into a child’s world. “There are times,” she said, “when you can see nothing but that.” Sama also gave them a new responsibility—to fight for her. They did not want her to grow up amid the destruction, and when she became older, al-Kateab told me, they wanted an answer when their daughter asked them what they had done when Syria was burning. This documentary is their answer. They took strength from their little girl. Little children are the essence of hope, and spur us on to the impossible. All of it was for Sama, and all the others.

For Sama is particularly exceptional considering the circumstances of the filming. When al-Kateab began recording what was going on around her, she didn’t even know how to use a camera. She learned under pressure—to use mics, to charge batteries, to use the right hard drives and protect her files from viruses. At first, she told me, she didn’t even realize that she should back up her footage, and it was a miracle that she lost none of it. Journalists would jet into Aleppo for a day, and she would get tips from them. And they all tried to cope with the horrors and stay sane. “Every time you lost someone, it was like the first time you lost someone,” she told me. “We were strong because we needed to be strong, but nobody could truly adjust.” Today, living in England with her family and working on stories for the BBC, she still feels a surge of fear every time she hears an airplane. Nightmares have plagued the whole family. 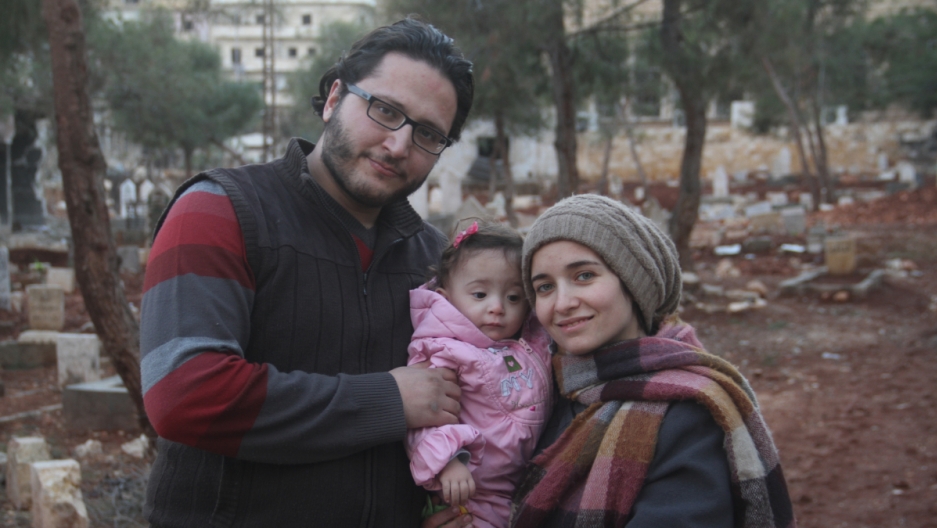 By the end of the documentary, when Hamza, al-Kateab, Sama, and a few friends were permitted to leave Aleppo after being contacted by the Russians, the once-beautiful city had been reduced to craters of concrete and rebar, the medieval architecture leveled. Drone footage revealed acre after acre of rubble, a metropolis ground to dust block by block like Warsaw in 1944 or Mogadishu decades later. Even then, they did not want to leave, and Hamza wondered aloud to the camera whether their daughter would forgive them for going into exile and abandoning their beleaguered homeland. Now the parents of two little girls, Hamza and al-Kateab still hope to return one day. She is happy in London, al-Kateab told me, “but I still can’t stop hoping I can go back to Syria.” Watching the film and seeing how much they sacrificed to stay, it is impossible not to believe her.

For Sama is an essential record of wartime, of human suffering, of a collapsing country, and of aborted dreams. It shows us the unspeakable power of the ties that bind us to home, of idealism tempered by blood, and most of all, of the power of children to give us hope in the midst of relentless tragedy. Who among us could fathom bringing a daughter into the world in Aleppo, Syria, during a brutal war that brought daily death? It seems insane, but when you realize that the revolution, the risks, and the bizarre optimism are all for Sama and for the other children, it begins to make sense. For Sama is a testament to what parents will do for their children, of the power of family bonds, and of the loves that give people the courage to stand up to tyrants and to attempt the impossible task of building a new world. 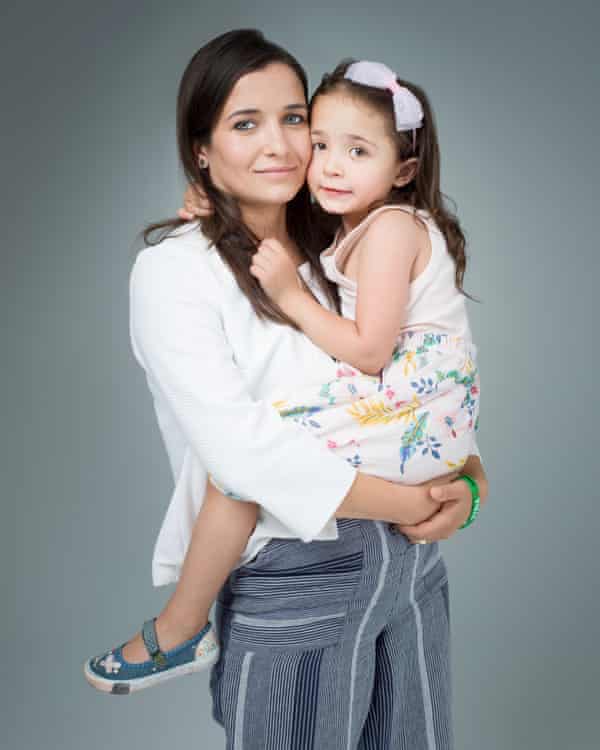