Last week, police in Washington, D.C. removed the bodies of five babies from a Capitol Hill rowhouse. All five children appeared to have been cruelly murdered, but the city medical examiner told the Washington Post that no autopsies were planned. Why? Because the children in question were killed at Washington Surgi-Clinic, an abortion facility that performs feticide up to 27 weeks. In fact, executive assistant chief of police Ashan Benedict told the press that the mutilated children seemed to have been killed “in accordance with D.C. law [and] there doesn’t seem to be anything criminal in nature about that except for how they got into this house.”

That house is the residence of pro-life activist Lauren Handy, a member of the Progress Anti-Abortion Uprising (PAAU) group. According to the PAAU, they received the baby bodies from a whistleblower inside the Washington Surgi-Clinic, and Handy voluntarily called the D.C. homicide unit to turn them over. According to the PAAU, the “late gestational ages as well as their apparent sustained injuries potentially show violations of the Partial Birth Abortion Act as well as the Born Alive Infants Protection Act.” At the moment, it appears more likely that the pro-life activists will be charged for handling the corpses than the clinic will be charged for the killings.

Neonatal specialist Dr. Robin Pierucci told Live Action News that, “I can say with confidence that these babies died at an age when they were viable, premature people,” adding that in her work in the NICU, she would “care for little ones this size and age.”

Photographs of the murdered babies circulated on social media, and I cannot emphasize how important it is that these children are seen. As America’s top justices consider the fate of Roe v. Wade; as states determine which side of the life line they will occupy after that decision; as the debate over abortion rages into its 49th year—these photos remind us once again of what we are debating. Abortion is not about a what, it is about a who. Look at these photos—and I warn you, they are graphic. That is because they are photos of children who were brutally killed. Imagine, for a moment, what these children experienced as they were destroyed—and what sort of society we have become when police pick up their bodies but don’t even bother with an autopsy because it is simply assumed that they were killed legally.

This is Baby Girl 1, who was likely killed in the third trimeter: 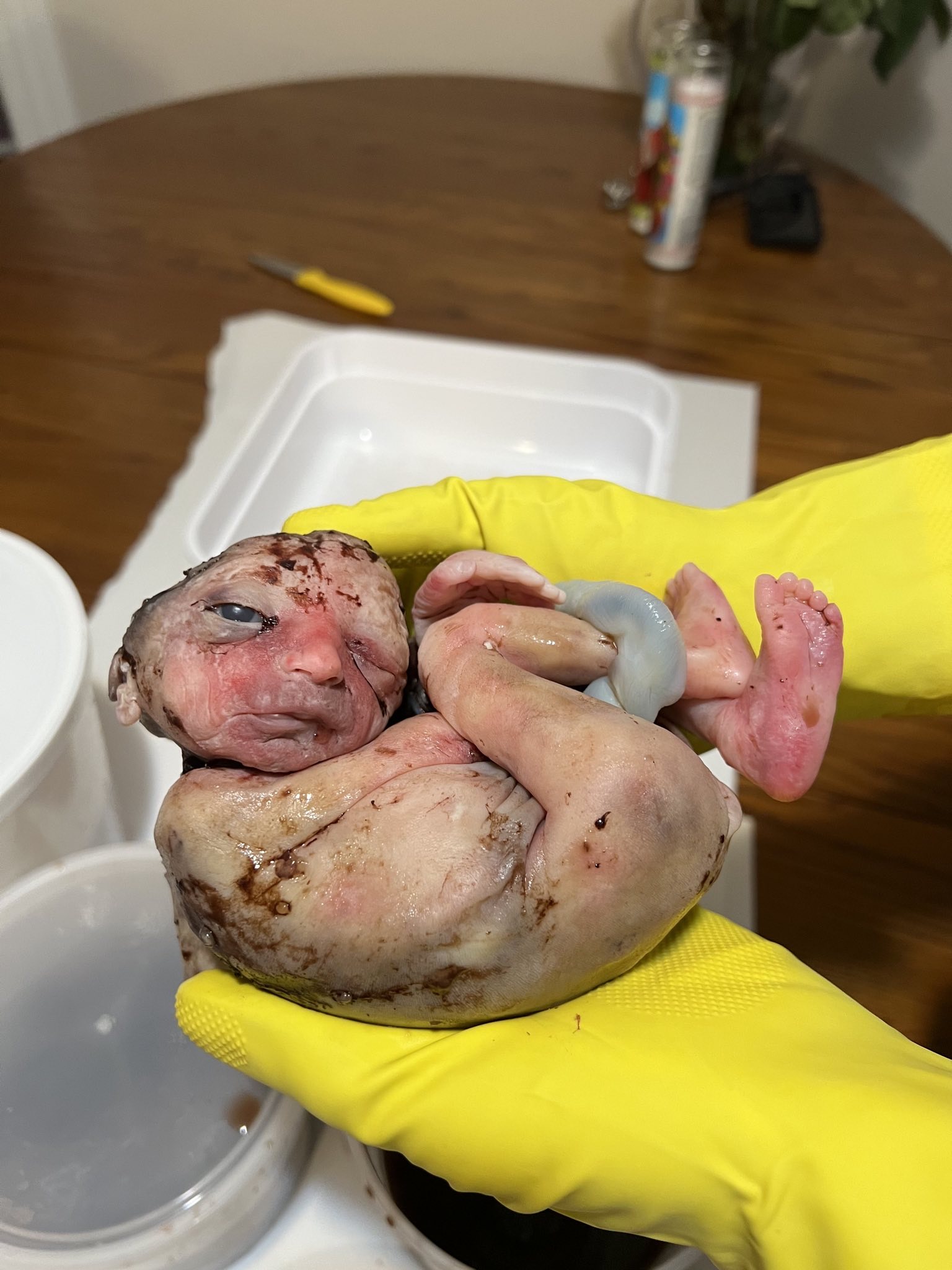 Baby Boy 1 is just over 30 weeks, and appears to have been killed by the “labor and induction” method, where the mother gives birth and the child is left to die: 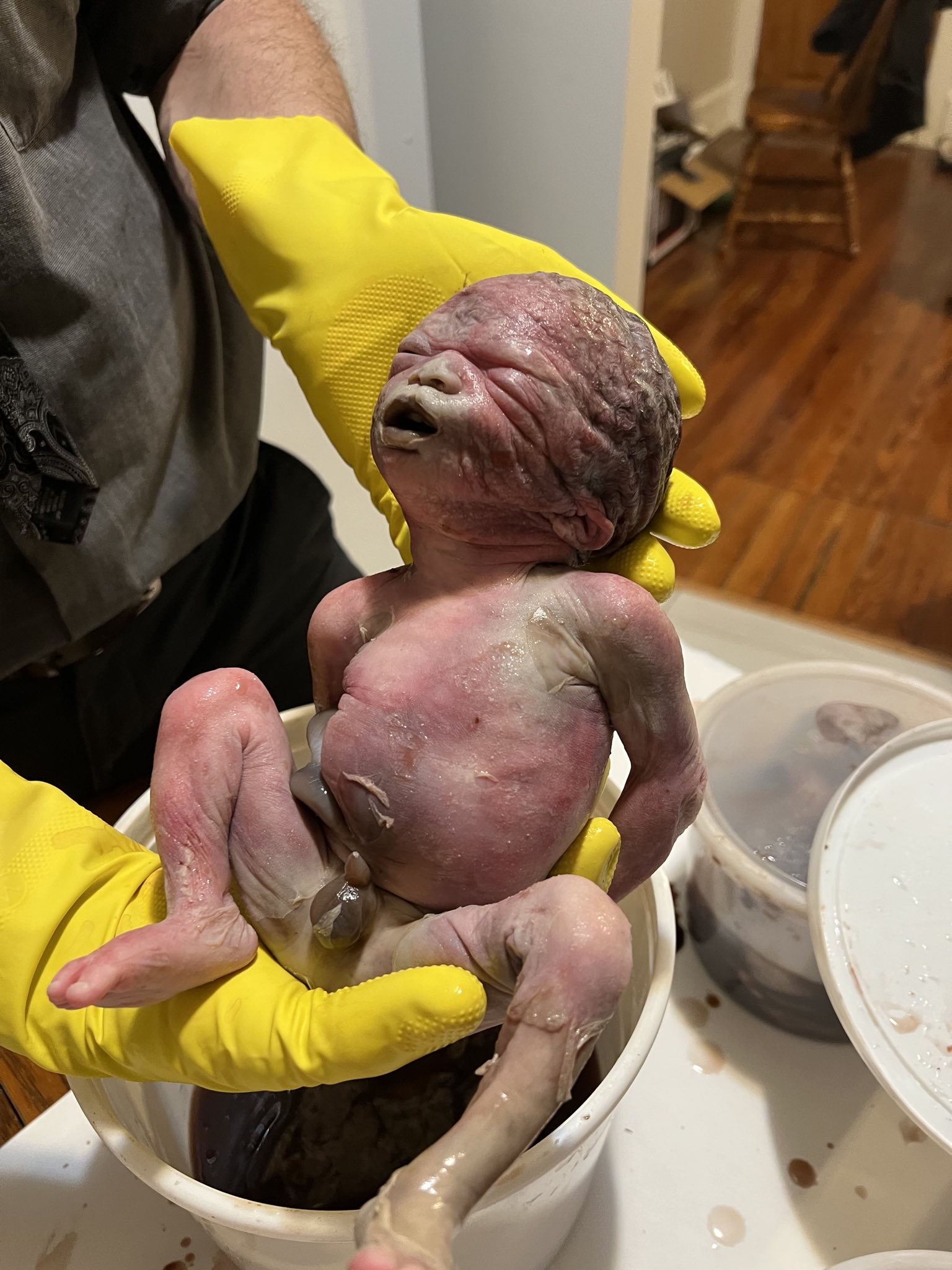 Baby Girl 2 is likely between 16 and 28 weeks old. Her head was crushed by a D&E abortion”: 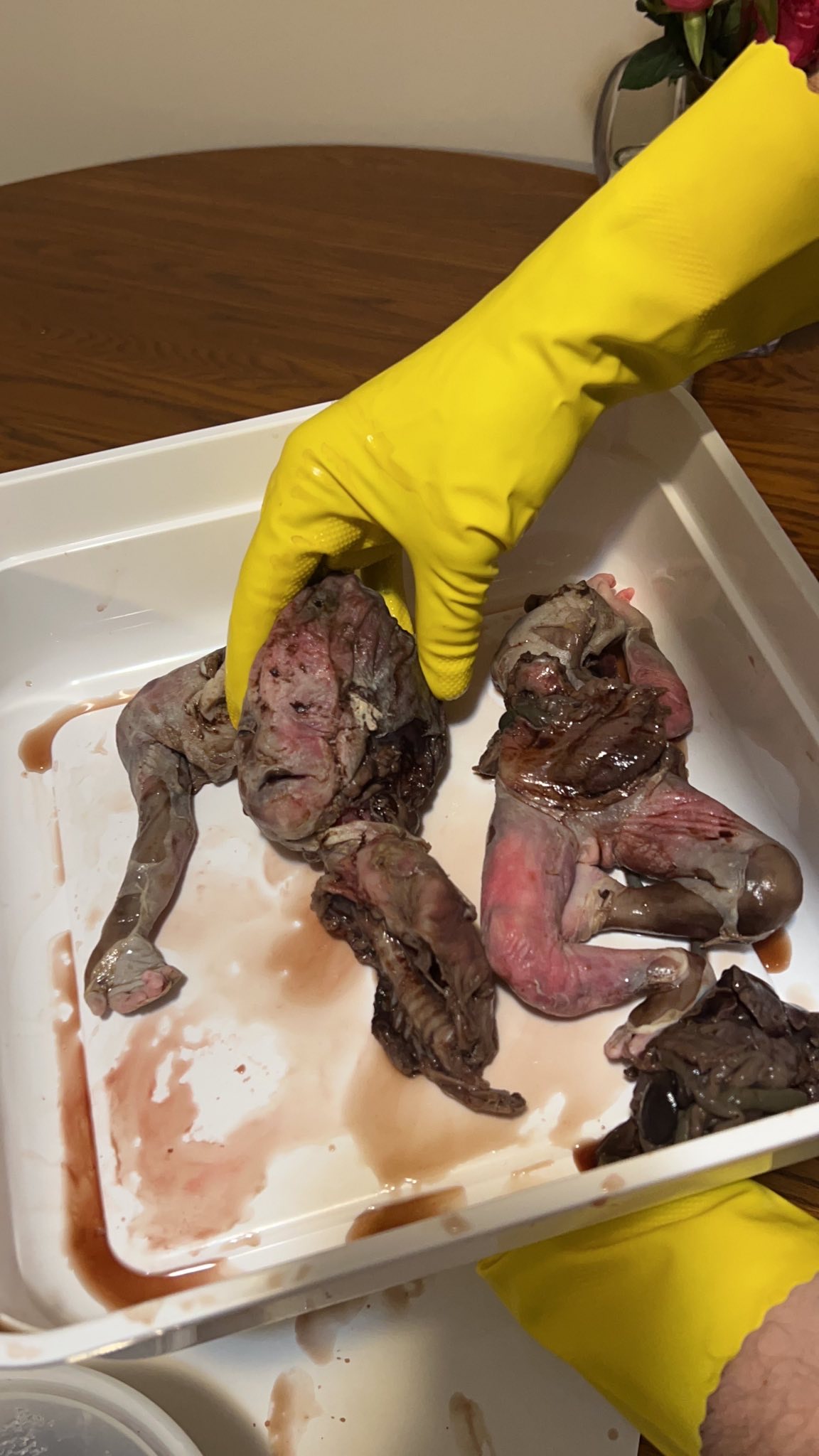 Baby Number 4 is around 28 weeks and still in the amniotic sac: 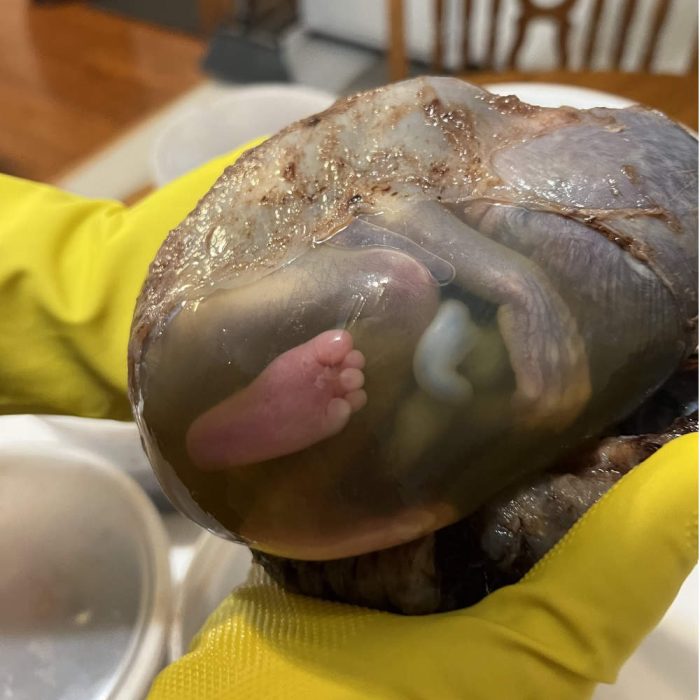 Live Action has posted more photos of these children–four of the five who were killed at the Surgi-Clinic.

This is what abortion is. This is who abortion kills. These children were murdered in America’s capital by people protected by American law enforcement. This is a bloody stain on America’s soul.

Look at these children. Remember them. The media will not share these photos, and so we must–so that the ugly, horrifying, nauseating truth can be seen. Only when America meets the victims will this injustice end.