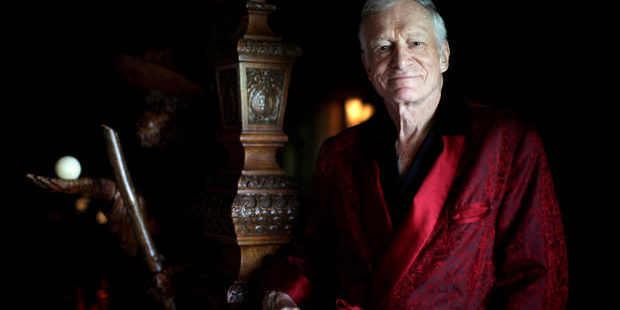 It began with Dr. Alfred Kinsey, a zoologist with an expertise in gall wasps, who switched to the study of sex and began a campaign to change social norms around sexual behavior. His two major works, Sexual Behavior in the Human Male in 1948 and Sexual Behavior in the Human Female in 1953 stunned everyday Americans as nothing else had. Kinsey claimed that children were sexual from birth and could experience sexual pleasure (the abuse of children was facilitated in order to construct this faulty theory), that nearly half of men had affairs, that 85% of men had sex before marriage, that a staggering 70% of men had used prostitutes, and that between 10-37% of men had engaged in homosexual behavior.

Kinsey, in other words, was telling the American public that the moral consensus they all believed in was a farce—nobody was living by it. There was no need for a sexual revolution, Kinsey said, only legal revolution—the sexual one had already taken place. Everybody was sleeping with everybody. The conspiracy of silence was now broken, and any laws that restricted any form of sexual behavior no longer made any sense. One young man, who had remained a virgin until his 1949 marriage to his childhood sweetheart, paid close attention. His name was Hugh Hefner, and he thought the opportunities presented by Alfred Kinsey’s assertions were enormous.

Kinsey, it was later discovered, was a fraud. He had falsified data, junked data that didn’t fit his own conclusions, lied about who he was interviewing—he classified cohabiting couples as married, for example, and prison inmates as ordinary members of the populace—and his conclusions were so far from the truth that even fifty years after the Sexual Revolution had transformed American society, men and women were still not as hedonistic as Kinsey claimed they were in the 1940s. Kinsey himself, it turned out, was a voracious hedonist, swapping spouses with his staff members, shooting illegal porn movies in his attic and sleeping with both male and female colleagues. Kinsey was Hugh Hefner’s hero.

It is impossible to underestimate the scale, speed and impact of the Sexual Revolution, set loose by the carefully orchestrated campaign Kinsey and his cohorts embarked on. There are many theories as to why a generation across the West—the United States, Canada, the United Kingdom, and beyond—decided to abandon the Judeo-Christian codes of sexual morality that had been the standard, to one extent or another, for well over a thousand years. It may have been the fact that a generation who had survived the Great Depression and fought World War II tried too hard to ensure that their children had everything, and literally spoiled them. It may have been the fact that official religion had not fared well through two world wars and its association with nationalism, and that Christianity was less and less a part of people’s personal lives. It could be that the Vietnam War, with the US government drafting young people who wanted no part in it and sending them off to fight in the jungles a world away, was the final straw in an already stirring rebellion against authority that galvanized the Left across the Anglosphere. In all probability, it was a combination of all of these and more. But whatever it was, it changed everything for everyone.

In short order, Playboy faced even cruder competitors as Penthouse and Hustler emerged, abandoning the veneer of sophistication Hefner tried to maintain for Playboy and selling precisely what the customers were looking for: Raw, crude, and unattached sex. After all, everyone knew that no one bought Playboy for the articles—that was a joke that everyone was in on.

With the lid of Pandora’s Box irreparably twisted from its hinges, pornography began to seep in everywhere—and women disinterested in visual porn began to drive a market for new obscenities. Novels like 1972’s The Flame and the Flower and 1974’s Sweet Savage Love, sex-drenched novels with graphic rape descriptions, sold millions of copies, the precursors to the soon-to-be booming Harlequin “romance” industry and the 50 Shades of Grey craze. It’s hard to discern whether or not these books were so popular because of changing attitudes on sexuality, or if these novels were part of the cultural engine changing those attitudes in the first place. Whatever the case, polls soon highlighted the fact that while Kinsey may have had to lie in the early 50’s about American attitudes towards sex, Kinsey’s prophetic deceits were becoming a reality of American life.

With the invention and dissemination of the birth control pill aiding the process, sexual promiscuity exploded into North American life. In his brilliant history How We Got Here, subtitled The 70’s: The Decade That Brought You Modern Life—For Better or for Worse, author David Frum lays out just how swiftly views on sex were transformed:

“As late as 1972, when the National Opinion Research Center first began probing male and female sexual attitudes, a solid majority of American women condemned premarital sex as immoral…only 20% said that premarital sex was ‘not wrong at all’; almost twice as many men, 35 percent, did so…

Between 1970 and 1980, those lingering inhibitions flew straight out the window. Feminists like Germaine Greer championed promiscuity as a means to break women’s ‘doglike’ devotion to men, and the young women of the 1970s listened and obeyed. More than two-thirds of the women who turned eighteen between the end of the Korean War and the Kennedy inauguration acknowledged sleeping with only one man as of their thirtieth birthday—their fiancée or husband, presumably…

Those numbers have not improved, and in our society today, the very idea that sex would be confined to a monogamous, heterosexual marriage is considered quaint and outdated, if not dangerous and “repressive.” Overt sexuality is virtually everywhere—as with all revolutions, the carpet-baggers and the profiteers were the first to show up. As corporations realized that “free love” was on the “free market,” they began to utilize sex as the most powerful tool in their arsenal.

It’s impossible not to read “The Playboy Philosophy,” which Hefner published in 25 different installments in his magazine beginning in 1962, and not see Hefner as two things: A libertine prophet, or a brilliant marketer who sensed that the times were changing and decided to cash in big. Hefner had grown up in a home of Nebraska Methodists, and this home left him feeling very “repressed,” as he later told interviewers. Hefner even claimed to be a descendent of the great Puritan leader William Bradford, who came to America on the Mayflower and served as the governor of Plymouth Colony for nearly half a century. In contrast to the life of that great man, once Hefner got rid of his first wife and children, he dispensed with everything that repressed him and anything that prevented him from living precisely as he wanted to. By his own estimates, he slept with over 1,000 women.

While Hefner shared some goals with the radical feminists who were emerging at the same time—legal abortion and sexual liberation, for example—they were also mortal enemies. Hefner’s empire showcased women as sex objects, and his Playboy Clubs came under especially heavy fire when Gloria Steinem, who would later achieve iconic status as a feminist leader, went undercover as a Playboy Bunny and wrote a scathing article describing the painfully tight uniforms designed to expose the bodies of the girls for the customers, the crudeness of the men who came to leer at the Bunnies, and the brutally long hours. Hefner hated her, and he saw feminism as a threat to the Playboy Philosophy.

That should come as no surprise. Hefner’s carefully cultivated image of a carefree bachelor living the high life disguises the ugliness and cruelty of his beliefs and his actions. Linda Lovelace, a woman forced into pornography by her abusive husband, revealed that Hefner was fascinated by bestiality and demanded to see her with a dog. His magazine ran columns by the North American Man-Boy Love Association, which seeks to mainstream pedophilia. Hefner himself was accused by girls of molestation and statutory rape, and his magazine presented rape victims as hysterical and unreliable—which was perhaps Hefner’s way of discrediting his own victims.

Despite the Playboy Philosophy, Hefner did get married twice after abandoning his first wife. He married Kimberly Conrad, the Playmate of the Year, in 1989, divorcing her in 2010. He told one journalist that the pleasures of marriage came mostly “from other women.” And in 2012, he married Crystal Harris, a girl who was a full sixty years younger than himself. Ms. Harris is now Hefner’s presumably beleaguered widow.

It is perhaps an irony that Hefner suffered the same adverse effects as millions of others who would become hooked on the product he helped bring into the mainstream. As I wrote in a column three years ago, Hugh Hefner actually became sexually dysfunctional, unable to perform without pornography even when he was with beautiful women:

Perhaps most revealingly, she points out how Izabella St James, one of Hefner’s ‘ex-girlfriends,’ has written that while Hefner would often have unprotected sex with multiple women, he could not reach sexual completion without using pornography and stimulating himself.

Like a thirsty man guzzling salt water, Hefner had his choice of beautiful women to sleep with, but it did not satisfy him and it did not make him happy. The Sexual Revolution he helped to market for nearly a generation has spawned results that Hefner himself could not even have imagined: Porn-induced erectile dysfunction, which he was himself familiar with, the metastasizing of pornography from the Playboy centerfolds to the brutal gonzo porn that has now taken over the mainstream and created a violent new ideology of sex, and pandemic rates of sexually transmitted diseases that the Center for Disease Control believes will continue to rise if nothing is done.

Hefner sold the bodies of women for a living, and now female bodies have become a commodity, with sexual exploitation at an all-time high. In spite of the “liberation” he championed and defended, children and adults are less happy and more depressed than they were fifty years ago. It seems that many people have realized the hard way that when you live the Playboy Philosophy, somebody has to get hurt. Hefner could live the lifestyle, but he had to get rid of his first wife and leave his children to do so. He liberated himself from his own responsibilities, and persuaded millions of other men to do the same. All revolutions have collateral damage, and in all revolutions some civilians get hurt. But the catastrophe of Hefner’s Sexual Revolution will be felt for generations: Fifty million pre-born children aborted, marriages smashed or abandoned, millions of children growing up in broken homes, rates of porn addiction that have crippled a generation of men, and a hypersexualized society that uses the bodies of girls and women to sell nearly every product on the market. The destruction and the carnage are nearly unfathomable.

Hugh Hefner has died, and we do not rejoice in his death. But as the old man breathed his last in the decaying Playboy Mansion where he lived his life of selfishness and greed, we can only mourn for the millions of broken lives and countless victims he leaves in his wake.