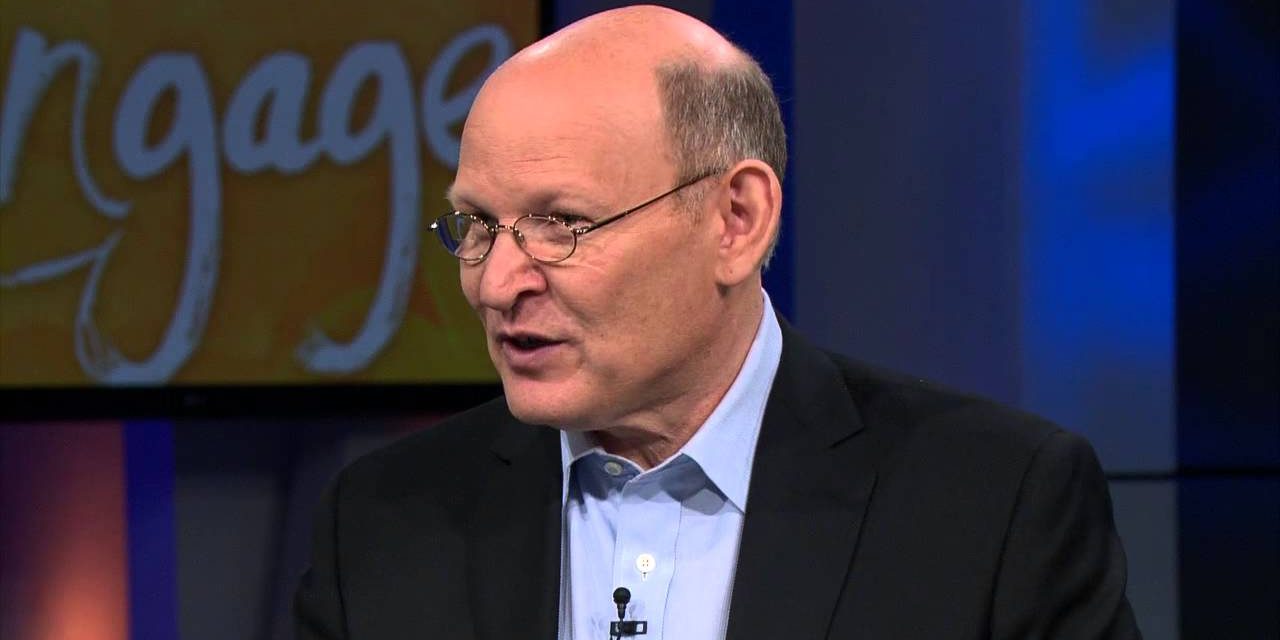 A couple of years ago, I predicted that we would soon arrive at the day here in Canada where Christian political candidates would be asked to either deny what Christians have believed for the past 2,000 years, or be pronounced unfit for public office. Already political leaders are berated if they refuse to attend the Pride Parade, which is a lewd festival of sexual exhibitionism that many ordinary Canadians choose not to attend for many reasons, one of which is that public nudity and simulated sex acts simply aren’t their thing. But soon, I wrote at the time, progressive commentators and far-left politicians will be confronting their opponents with Bible passages and statements of Christian doctrine, demanding that they either repudiate Christian teaching in favor of the current sexual fads, or be damned as hateful bigots unfit for public office.

I should have also predicted that Canadian commentator Michael Coren, who has transformed himself many times over the years and has now predictably caught up with the culture, huffing and puffing, to announce his epiphany that the current popular thing is also his opinion, would be the guy to suggest that people who believe what he spent most of his life (and at least one book) defending should be kicked out of politics for believing it. With the zeal of a new convert, Coren has surged past the run-of-the-mill LGBT activists promoting Drag Queen Storytime and has announced that Andrew Scheer, as a practicing Roman Catholic, should be forced to undergo the same convenient conversion Coren did, or be banished from public life. Writing in Now Toronto, Coren complained that Scheer didn’t attend the Pride Parade, and then announced that this is because Catholics are “religious extremists:”

Scheer will never state his genuine reasons for boycotting what has become a most important symbol of inclusion in contemporary Canada, because he doesn’t want to be labelled a religious extremist. But the reality is that Scheer’s conservative Roman Catholic views inform most of his ideas on issues of life and sexuality.

The catechism of the Roman Catholic church teaches that “homosexual acts” are “intrinsically immoral and contrary to the natural law”, and that even such tendencies are “objectively disordered.” In other words, those in same-sex relationships are immoral and unnatural, and even those who are gay but celibate are disordered, which would include the majority of Catholic clergy.

The vast majority of Canadian Catholics, a religion that makes up more than 40 per cent of the country’s population, reject these teachings. Such is the case with Trudeau, for example, who still regards himself as Catholic, as was his father, who was profoundly influenced by his faith but also introduced much of Canada’s first socially liberal legislation.

The issue is one of interpretation, but Scheer is on the orthodox right of his church. This is why he voted against equal marriage when Catholic prime minister Paul Martin led the campaign to introduce it in 2005. The same applies to Scheer’s approach to abortion and to assisted dying, both considered anathema by the church.

Indeed, when the anti-choice organization RightNow heard of Scheer’s surprise victory in the Conservative leadership race, they celebrated with a thank you in their newsletter to all the volunteers “who worked tirelessly selling memberships.” They knew the man, knew his father (the Catholic deacon), knew that he voted against Bill C-16, which added “gender expression or identity” as a protection in the Canadian Human Rights Act – and knew that in Saskatchewan where he is MP for Regina-Qu’Appelle, opposition to abortion and LGBTQ rights is acceptable. So Scheer obfuscates and pretends.

For Stephen Harper, who contrary to what most people believe was not especially religious, this was far less of an issue. For Doug Ford in Ontario it’s even less relevant – he may not be comfortable at Pride, but his philosophy is rooted in the 1950s suburbs rather than in Catholic natural law theory.

With an election on the way, Scheer has tried to paint himself as more of a moderate. It remains to be seen whether journalists will ask whether the man who wants to be prime minister really does believe that LGBTQ people are disordered and immoral, and whether he does think that a woman’s right to choose is akin to murder. This will be more challenging than commenting on Trudeau’s socks, and will likely see the Conservative spin machine respond with accusations of religious intolerance. To a truly robust media that shouldn’t matter.

In short, Michael Coren would like the media to begin a religious war on his behalf against his former co-religionists because they refuse to be the sort of hypocritical Catholics that he admires, which is to say, Catholics who don’t actually believe in Catholicism. While it is no surprise, given his track record, that Coren is an enormous fan of hypocrites who do not actually believe what they profess to believe, it is somewhat more surprising, given his inherently political nature, that he does not realize what he is proposing. Essentially, he is proposing a religious litmus test that would eliminate faithful adherents of a wide range of religions from public office simply because they do not believe what Coren believes (although they did once and may again!) Coren and his new friends (many of whom are rather bemused by his pathetically panting attempts to ingratiate himself after decades facing his poison pen) may like to believe that they are on the “right side of history,” but the fact remains that in terms of the Christian tradition, they’ve got less than two decades over against two millennium, and the vast majority of Christians worldwide find Coren and the rest to be a joke at best, and heretics at worst. (This, by the way, includes the persecuted Christians Coren likes to write about as if he doesn’t believe them to be wretched homophobes.)

And although Coren directs his animus primarily against faithful Catholics, perhaps as a way of proving to his new friends that he will denounce his old friends from any pulpit they desire, he appears to have forgotten that most religious groups in Canada hold similar views on marriage and sexuality. Same-sex marriage is virtually unthinkable in the Sikh community, and the same is true in most Hindu communities. Muslims feel even more strongly than the Sikhs do that Coren’s views are reprehensible and immoral. Virtually every sect of Christianity with the sole exception of the dying mainline churches primarily populated by elderly socialists (and Michael Coren, who cannot even persuade his family to join him there) also hold views nearly identical to those of the Catholic Church on the issues of marriage and sexuality. And so attempting to target Scheer because he happens to be a Catholic would not only be going after Catholics, who are a popular target these days. It would also be telling huge numbers of religious Canadians that their sincerely held beliefs render them ineligible for public office.

Justin Trudeau and the rest of his hypocrites already made the miscalculation that Coren urges them towards again when they inserted the abortion attestation into the Canada Summer Jobs program application, simply assuming that most Canadians were on their side. In response, they discovered that the truth of the matter is that while most religious Canadians do not vote on moral issues, they do not care for being told what they must believe. When the government forced their hand, Trudeau became the first PM to unite evangelicals, Catholics, Sikhs, Muslims, Orthodox Jews and more—in opposition to him. The Liberals, realizing that they had kicked the wrong beehive, scurried to roll back their unpopular proposition as soon as possible. The reality of Canadian politics is that far more ordinary voters—especially in immigrant communities—instinctively ally with Scheer rather than with Coren, but simply do not think about these issues very much, allowing the progressives to pretend that they represent a non-existent cultural consensus.

Michael Coren seems determined to spend the rest of his career pretending that Christians can turf much of Christian belief and still be Christian, and insisting that he is the real Christian now. I’m sure the LGBT movement will be happy to have him as a useful idiot, and the pulpits of sparsely-populated United Churches will be open to him, but the reality is that in the context of global Christianity, Coren is just another one of those inconsequential heretics flailing against eternal principles and ignored by the millions who would rather stand with thousands of years of magnificent men and women of faith rather than a handful of confused clergy in the dying days of a post-Christian civilization.