The mask is slipping, and some of the rioters are showing us what they stand for: They’re burning Bibles on American streets. From The Christian Post:

Rioters carrying “Black Lives Matter” signs threw Bibles into a fire in front of the federal courthouse in Portland and burned an American flag, leaving bystanders wondering what that act of arson had to do with protesting against police brutality.

“People began starting a fire in the street in front of the federal courthouse which started with burning a Bible, then an American flag, until more and more items were added,” according to KOIN reporter Danny Peterson. “Finally around 1 a.m. (Saturday), yellow-clad members of the group Moms United for Black Lives Matter went over to the fire and put it out with bottles of water and stamped it out.”

“Left-wing activists bring a stack of Bibles to burn in front of the federal courthouse in Portland,” Ian Cheong, managing editor of Human Events, wrote in a post with a video that shows Bibles being tossed into a fire. “Do not be under the illusion that these protests and riots are anything but an attempt to dismantle all of Western Civilization and upend centuries of tradition and freedom of religion.”

In case you’re tempted to write this off as an inflammatory hoax, even the left-wing “fact-checker” Snopes noted that the stories about Bible-burning were “True.”

I’ve just taped an interview with New York Times-bestselling author and radio host Eric Metaxas, which will be airing on my podcast on Wednesday. We’ll be discussing the Portland Bible-burnings and what he calls the “third existential crisis” faced by America and the future of American Christianity. 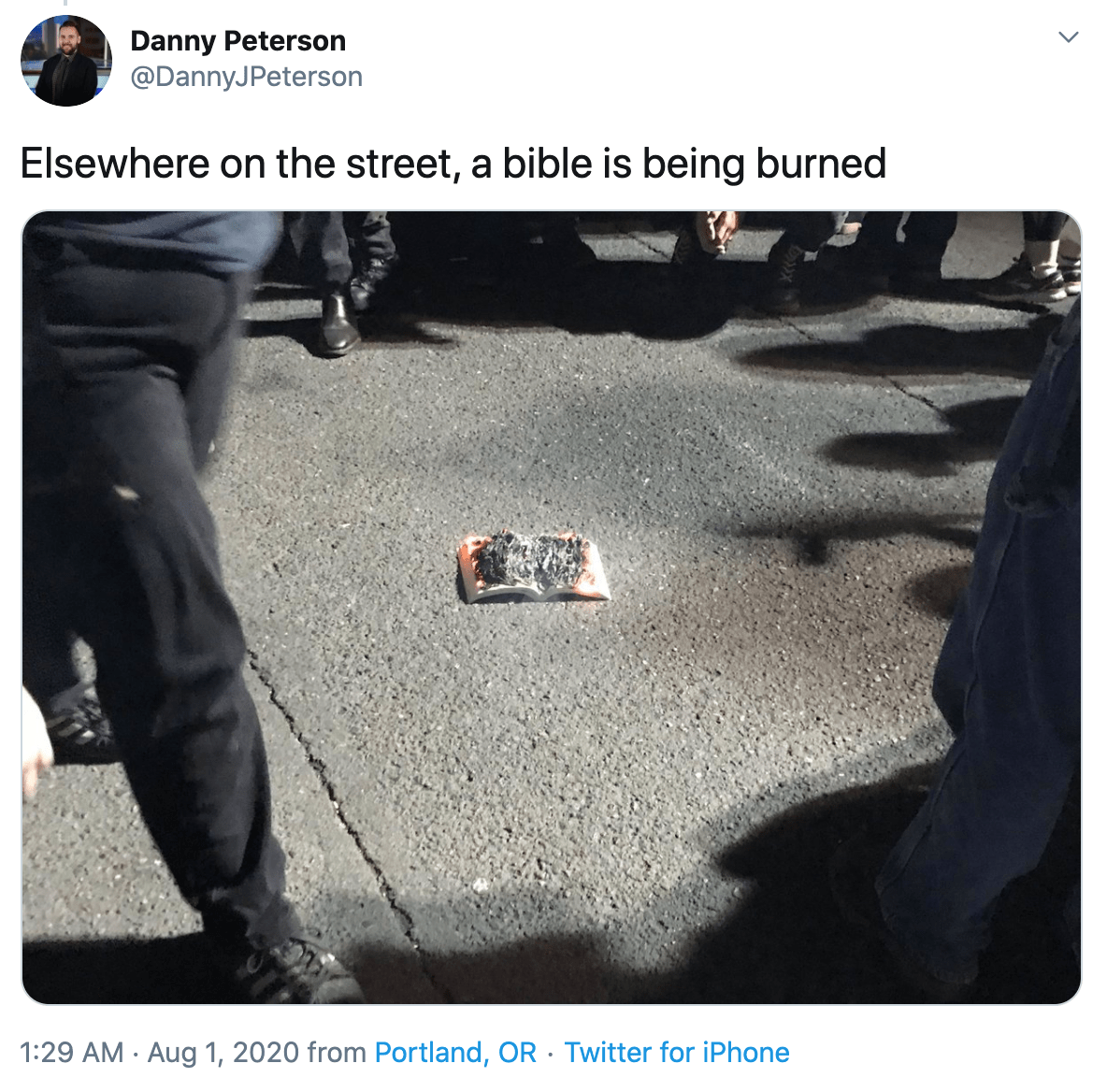