The Hagia Sophia is one of the most stunning cathedrals in the world, looming over the Istanbul skyline as a perpetual reminder of Constantinople’s Christian past. It is a solid, square church with a 105-foot dome held aloft on pendentives and flanked by two semi-domes. Inside, with sunlight streaming in from the windows, the canopy appears to be floating. People speak in hushed tones within the massive ecclesiastical cavern, simultaneously spacious yet full of shadowed corners. A few Ottoman tombs stuffed with murdered princes rest near the pillars, stashed there by the Muslim conquerors. The angels that soared about the dome have had their faces smashed off by Islamic iconoclasts. When I visited last year, I noticed that many of the mosaics that had once been plastered over have been carefully restored.

The Hagia Sophia is not the oldest church in the world, but it is close. It stands on the site of a church said to be commissioned by Constantine I in 325, constructed on the foundations of a pagan temple. Consecrated in 360 by his son Contantius II, it was badly damaged in 404 during a riot over the second banishment of John Chrystostom, then-patriarch of Constantinople. Emperor Constans I rebuilt and expanded the cathedral, and it was rededicated in 415 by Theodosius II. In 532, riots that began with chariot races in the Hippodrome and raged out of control resulted in the Hagia Sophia being set ablaze once again, with nearly half the city being burned and at least 30,000 rioters purportedly killed in the ensuing crackdown. Justinian, who also executed the senators who had riled the crowds over high taxes, built the magnificent church that dominates Istanbul today.

Because the Hagia Sophia is such a potent and overpowering symbol, it has long been a source of controversy. After serving as a church for a thousand years, it was looted by Latin crusaders in 1204, who rode their horses right into the nave and fouled the floors with mingled blood and dung. In 1453, the triumphant Mehmed II claimed the cathedral for Islam, repurposing the church as a mosque. Minarets were later added, although they are so dwarfed by the church that they look like needles placed on the outskirts of an enormous haystack. These minarets were a constant reproach: The forces of Islam had seized one of the jewels of Christendom, and it felt like a dagger in the heart of Orthodoxy.

In 1935, the Hagia Sophia was transformed once again—this time into a museum by Mustafa Kemal Ataturk, the founding father of the Republic of Turkey. The plaster covering the Christian mosaics was stripped off, and the cathedral became a symbol of secular Turkey’s commitment to pluralism and the shedding of her Ottoman shackles. But earlier this month, President Tayyip Erdogan, a devout Muslim, declared the Hagia Sophia open to Muslim worship once again. A top Turkish court ruled that despite international outcry from Russia and Greece to the United States calling for the 1,500 year-old cathedral—now a UNESCO World Heritage Site–to remain neutral, Ataturk’s actions had been illegal.

A handful of Muslims have been fighting in court to reclaim the Hagia Sophia for 16 years, and their victory delivered precisely what they asked: The Council of State ruled that the church was legally the property of the Ottoman leader who conquered Constantinople in 1453 and turned it into a mosque, and that Ataturk had no right to reverse that decision. Thus, the court announced, “the settlement deed allocated it as a mosque and its use outside this character is not possible legally.” The fact that the Hagia Sophia is a Christian church did not factor into the court’s decision, and Erdogan turned the cathedral over to the Religious Affairs Directorate to open it for Muslim worship within an hour of the court’s ruling. In his decision, Erdogan referred to the Hagia Sophia as “the Ayasofya Mosque.”

It is significant that Erdogan’s push to reclaim the Hagia Sophia—which he insists will still be open to tourists—began before local elections last year. Erdogan’s populism is distinctively Islamic, and he is brazenly stoking pre-Turkish nationalism, harking back to the glories of the Ottoman Empire. Constantinople may be Istanbul, but it turns out the Hagia Sophia can be taken twice. Mehmed II claimed it for Islam, and now Erdogan has, too. It does not matter to Erdogan that Ecumenical Patriarch Bartholomew, the spiritual head of 300 million Orthodox Christians worldwide (who lives in Istanbul) protested the move. From his perspective, it is probably a good thing. Erdogan, Ottoman conqueror. It has a real ring to it.

It is interesting that at this moment, the leaders of many once-great empires are seeking to use religion as a tool to stoke nationalist sentiment. Vladimir Putin is doing the same thing with Russian Orthodoxy, holding up the Church as a repository of the Russian spirit that kept the candle alive during the long night of Communism. To Putin, Russia is Orthodoxy and Orthodoxy is Russian. It does not matter that scarcely 5% of Russians actually attend services—it is the symbolism, the identity that counts. A huge majority of Russians once again identify as Orthodox because they see it as synonymous with being Russian. The same is true for Erdogan and his Islamist supporters. They are surely aware that in 2018, only 10% of Turks identified as “pious” Muslims. It may be true that most Turks identify as Muslim, but walking about Istanbul during the call to prayer, I was fascinated to see the vast majority of people carry on without even pausing. While a handful hit the prayer mats, most carried on walking, chatting, smoking, and drinking coffee as if the mournful howl enveloping them meant nothing.

While Turkey, Russia, and the West have become largely secular in terms of religious practice, religious symbols—especially those steeped in the history of blood and the clash of civilizations—still wield tremendous power. Erdogan’s retaking of the Hagia Sophia is about injecting life into Turkish nationalism not from the strength of Ataturk’s secular experiment but from the days of Ottoman triumphs. Secularism has proven too hollow to stoke passions. The triumphant young men cheering this victory, who somehow still looked angry after the Turkish courts gave them what they wanted, are offended by the fact that a cathedral dominates Istanbul’s skyline. The fact that it remains a Byzantine cathedral regardless of their nationalist games must only feed their frustration. They are not the Ottoman forces of Mehmed. We are not Christendom. It is all a game—albeit a high-stakes one–and the biggest players know it. 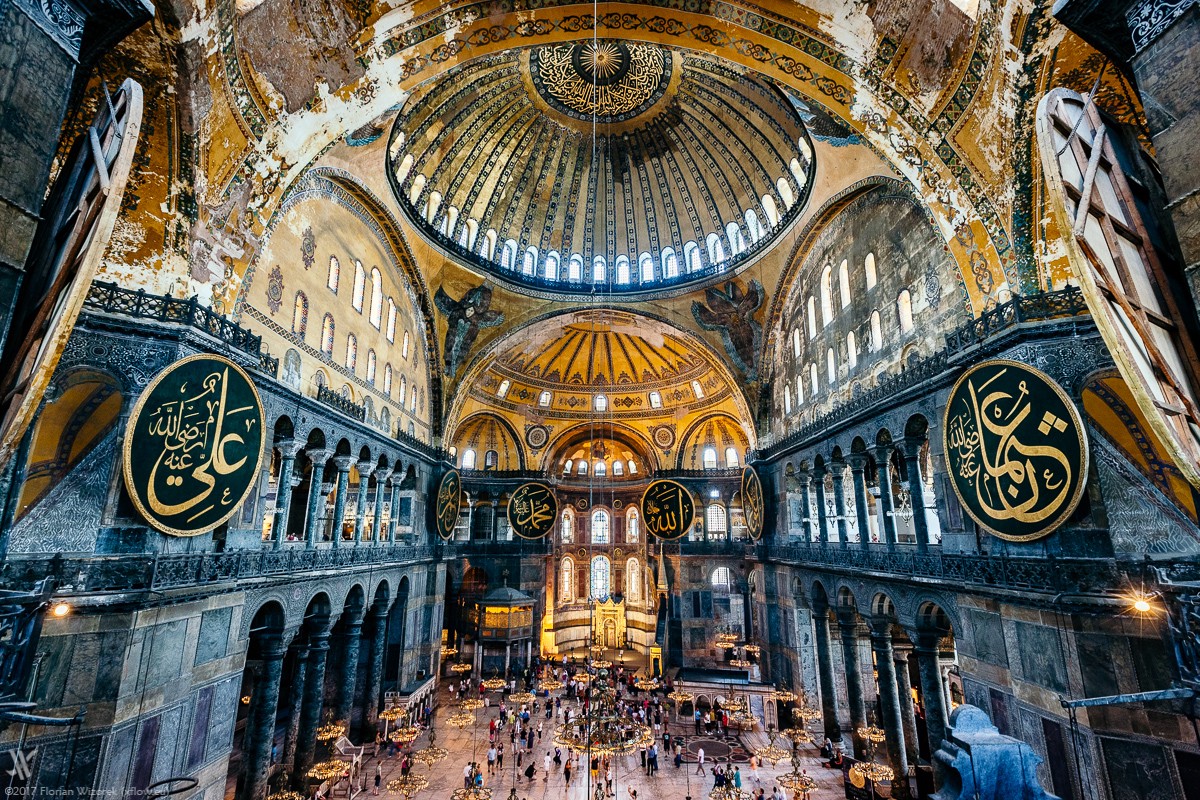