Why does Rachel Notley think Albertan parents will be “super-cruel” to their children? 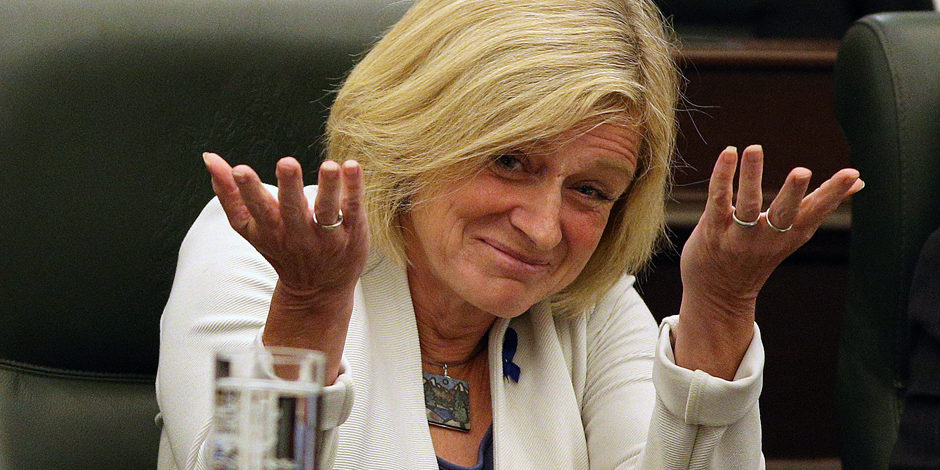 Just in case you had any doubt as to whether Alberta Premier Rachel Notley and her government of activist radicals were planning on demonizing Christians as a way of winning the next election, this headline from the National Post over the weekend should clear up any doubt: “Alberta Premier Rachel Notley says United Conservatives are determined to bring harm to gay children.”

Determined to bring harm to gay children. That’s quite the accusation, not to mention a vile caricature and smear of Alberta’s Christian communities and social conservatives (which would also include many groups of new immigrants.) And how does Notley justify this? According to the Post:

Notley said the comment from UCP leadership candidate Jason Kenney that parents should be told if their child joins a gay-straight alliance at school was “super-cruel”.

According to Notley, apparently, children in Alberta must be protected from their parents. Government employees who have no love for the children, haven’t raised the children, and have never had to sacrifice for these children—those people, say Notley and her Education Minister David Eggen, who are responsible for exposing children to all sorts of vile pornography—they know better than the parents.

Think about this carefully for a moment. The premier of Alberta just said that it is “super-cruel” for parents to know what their children are up to at school, especially if it involves something as important as their sexuality. If simply keeping parents—who, it must be pointed out, are the guardians of their children and responsible for their welfare—informed of what their children are involved with is considered “super-cruel” by Notley, then what does she think of these parents? What does she imagine these mothers and fathers are planning to do? Why does she think that children must be shielded from their parents?

Notley and Eggen and the rest of the NDP gang consistently get away with viciously slandering parents by insinuating that horrifying cruelties will take place if they are simply kept involved in the lives of their own children, and implying that paid government employees are better equipped with the love and compassion necessary to ensure that children are safe and cared for. This attitude cuts to the heart of their “progressive” ideology: Fundamentally, they believe that children belong to the state, not to the parents.

Notley might not say this out loud—although NDP leadership candidate Niki Ashton got close recently—but plenty of her ideological counterparts have stated this in explicit terms. Back in the ‘70s, Alex J. Proudfoot of the Alberta School Trustees Association openly stated that “When we get right down to the crunch, the child belongs to the state”—and this was in the context of a debate concerning whether an Alberta Christians school had the right to continue operating. Years later, Proudfoot, by then a professor of education at the University of Calgary, elaborated by saying that “The child is not your child. [Children] are property of the state, like our oil, like our gas, like our pipelines.”

It is because of this fundamental ideology—that she, as the leader of Alberta’s government, has more right to your children than you do—that Rachel Notley can actually accuse someone who says that parents should know what their children are doing when they are away from home with government employees of being “super-cruel.” It is because fundamentally, she does not trust parents—how can she, if she is willing to say that merely keeping them informed is “super-cruel?”

This is precisely why “progressive” politicians feel they can implement whatever form of education they choose and teach your children whatever they would like: It is because they feel entitled to do so. You may think that your sons and daughters are your children and that you have the right to raise them as you see fit and pass your own values and traditions on to them, but that is not the way Rachel Notley and David Eggen and the rest of the progressive set see it. They see children as a commodity owned by the state. Rachel Notley’s dire warning to Albertans is one that should be heeded, but not because her apocalyptic nonsense about the United Conservative Party is true. It should be heeded because when she accused someone who believes parents know what is best for their children of being “super-cruel,” she tipped her own hand and told Albertan parents exactly what she thinks of them.